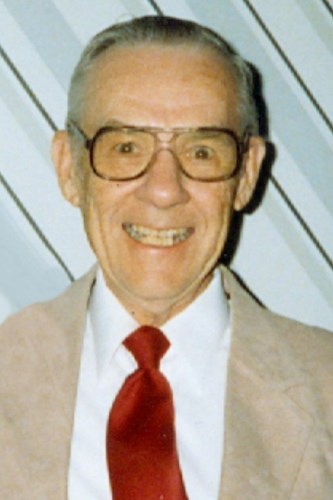 Leon was born in Baraboo on Feb. 25, 1924, one of five children to Robert and Fern (Haskins) Braun. He was a graduate of Baraboo High School, Class of 1942. After high school, Leon enlisted into the U.S. Army Air Corps where he faithfully served his country during World War II. While on R & R, Leon married La Verne Hellpap on March 12, 1945, in Milwaukee. He was honorably discharged from the Army Air Corps in 1946.

In civilian life, Leon and his older brother, Robert, were butchers and owned/operated Braun Meat Market in Reedsburg for a short time. Leon then worked as a butcher for various grocery stores which included A & P, Red Owl, Kroger and Pierce's Supermarket on South Boulevard. During this time, he had been attended night school to become an insurance agent. This eventually led him to open his own insurance agency in Baraboo and Portage, which he ran for many decades before retiring.

In his spare time, Leon enjoyed horseshoe pitching, golfing, playing cards, fishing trips to Canada and sponsored the American Legion baseball team. He also enjoyed bowling at the Elks Lodge and in the Baraboo City Bowling League where he made many new friends.

Leon was a member and past commander of the American Legion Post 26, a member of the Baraboo Elks Lodge #688, and a member of the West Baraboo Church of God. He will be truly missed by everyone who knew him.

In addition to his parents, Leon was preceded in death by his son, Dennis; sister, Daisy; and two brothers, Robert and Willis.

A memorial service will be held at 11 a.m. on Wednesday, Sept. 29, at the WEST BARABOO CHURCH OF GOD, 150 Shaw St., West Baraboo, with Pastor Derick Bacon and Pastor William "Bill" Haskins officiating. Visitation will be at the church from 10 a.m. until time of service. Inurnment will take place in Walnut Hill Cemetery with military rites provided by the Baraboo Veterans Honor Guard. Baldwin Funeral Services is assisting the family with arrangements.

The family would like to thank the staff at St. Clare Hospice House for the loving care given to Leon during his stay, and to Fred Marty who took care of Leon while living at home.