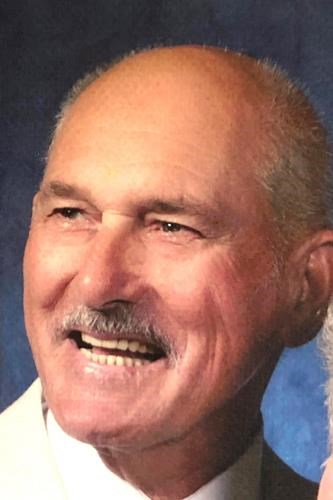 Visitation for Lyle will be at St. Stephen's Evangelical Lutheran Church in Beaver Dam on Tuesday, Sept. 15, 2020 from 9:30 a.m. to 10:50 a.m. Funeral services will follow at church on Tuesday beginning at 11 a.m. Rev. Seth Dorn will officiate. Burial will be at Oakwood Cemetery in Beaver Dam.

Lyle William Jaehnke was born on Dec. 9, 1930 in Beaver Dam, Wis. to the late William and Ida (nee:Tews) Jaehnke. Lyle served in the US Army during the Korean War as a Sergeant with the 2nd Engineer Battalion, 2nd Infantry Division, Company D from 1952 to 1954. While serving, he was awarded three Bronze Stars. On May 19, 1951, he was united in marriage with Geraldine Hurckman. Following her death, Lyle was united in marriage with Delores Arndorfer on Feb. 14, 1986. Following Delores' death, he was united in marriage with Shirley Wolc on Feb. 12, 1998. Lyle worked at John Deere Horicon Works from 1949 to 1963 and then as a Licensing Examiner at the Department of Motor Vehicles until he retired in 1989. In retirement, he drove bus for Green Valley Enterprise until 1998 and was active with Meals-on-Wheels. Lyle was a member of St. Stephen's Evangelical Lutheran Church in Beaver Dam.

If desired, memorials may be made in Lyle W. Jaehnke's name to the Badger Honor Flight or the American Diabetes Association.

To plant trees in memory, please visit our Sympathy Store.
Published by WiscNews.com on Sep. 15, 2020.
MEMORIAL EVENTS
Sep
15
Visitation
9:30a.m. - 10:50a.m.
St. Stephen's Ev. Lutheran Church - Beaver Dam
300 West St., Beaver Dam, Wisconsin 53916
Sep
15
Service
11:00a.m.
St. Stephen's Ev. Lutheran Church - Beaver Dam
300 West St., Beaver Dam, Wisconsin 53916
Sep
15
Burial
Oakwood Cemetery
W8285 State Road 33 , Beaver Dam, Wisconsin 53916
Funeral services provided by:
Koepsell-Murray Funeral & Cremation Services
GUEST BOOK
4 Entries
The volunteers, flight team and board of Badger Honor Flight mourn the loss of their hero, Lyle Jaehnke. We are thankful for his military service and proud to have served him on his trip to Washington, D.C. on October 19, 2013.
Tammi Alexander, Badger Honor Flight
Acquaintance
September 16, 2020
I'm so sorry to hear about Lyle passing away . He always was friendly to me and seem to be a happy guy.
Donald Wolc Jr
September 15, 2020
Shirley and All, I am so sorry for your loss. Know that we are thinking of you and praying for peace for you and the entire families. We have so many fond memories of our time with Lyle and my Mother Delores. He was a very special man who brought us so much joy. He welcomed our family and we fondly called him Dad. He will be missed dearly by all of us. The Arndorfer Family.
Lauri Muecke
Family
September 13, 2020
Aunt Shirley and family you have my deepest sympathy. Uncle Lyle was always so much fun to be around. I will cherish my many great memories of him. Prayers for the family during this difficult time. Love, Cindy and son, Josh.
Cindy Zaklan
Family
September 12, 2020