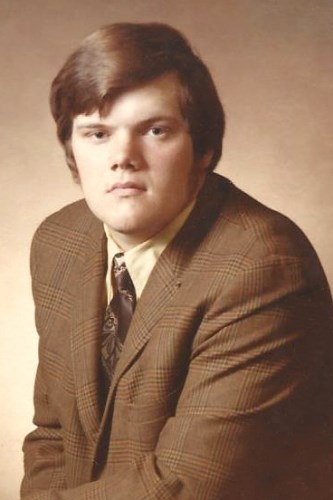 BARABOO/LAKELAND, Fla. - Mark Steven Beard, age 63, of Baraboo and Lakeland, Fla., passed away on Tuesday, September 1, 2020 peacefully at home, surrounded by his family.

Mark was born on Dec. 2, 1956 in Wisconsin Dells, Wis. to Louis Ernest Beard and Dorothy Barton (Beard). He was the last of nine children. Mark grew up in Wisconsin Dells. He was always wanting to learn how things work and trying to fix them himself. He always had the "I can fix anything" attitude and it showed his entire life. He grew up working at local gas stations in the Dells at the age of 14 where he learned much of his fix anything attitude. He later went to work at Ace Well Drilling of Wisconsin Dells. Later met and married Anne Marie Wenkman of Madison in 1978 and began his family with two amazing children (Justin and Brandon). He became a living organ donor when he donated a kidney to his brother Randy in 1982. With the "I can do it attitude", he decided to build an eight sided log cabin from scratch outside of town and finishing it all within one year. Learning many traits early, he started his own tractor repair shop in Briggsville, working on anything that needed repair. Everyone knew Mark could "Fix It". Later on he became the Maintenance Manager at TRAEX Plastics in Dane, Fiskars of Sauk City, Wis., and Uniek Plastics of Waunakee, Wis. He was always innovating new ideas and trying to find ways of saving companies money along with faster production times. He ended his career as being a member of the Local #132 Elevator Constructors of Madison, Wis. This is where he enjoyed repairing and refurbishing passenger elevators in commercial buildings. Everyone came to him for his wealth of knowledge on everything. After retiring, he decided to become a "Snow-Bird" moving to Florida in the winters.

As everyone around him knew, he dedicated his life to the Badger Steam & Gas Engine Club in Baraboo, Wis. He helped build and promote the club the entire time, dedicating thousands of hours to the club. He even became president of the club and managed the flea market vendors for many years. His last dream was to build an "Old Time" gas station at the show grounds. He accomplished that dream in August 2014.

Mark is survived by his wife, Anne; mother, Dorothy (age 97); his children, Brandon (Kelli) and Justin (Nicola) along with three grandchildren, Alexis, Brayden, and Dylan and soon to be three step-grandchildren, Taylor, Tori, Kayly; his siblings, David (Maggie), Carol, Scott (Dawn) as well as many more nieces, nephews, cousins and friends.

"Safe travels my friend; we will see each other again"

A private family burial will be at a later date in the Sumpter Hill Cemetery in Baraboo, Wis.

Casual attire or BS&G Shirts (as that would be what he wanted.)

Mark and Anne would like to especially thank Dr. Christopher Wenninger from the Reedsburg Clinic. We would not have made it through this time without him.

The Picha Funeral Home and Crematory of Lake Delton, Wis. assisted the family with arrangements. For Online condolences and information, go to www.pichafuneralhome.com.

To plant trees in memory, please visit our Sympathy Store.
Published by WiscNews.com from Sep. 5 to Sep. 10, 2020.
MEMORIAL EVENTS
Sep
12
Visitation
10:00a.m. - 1:00p.m.
Badger Steam & Gas Engine Club
S3347 Sand Rd, Baraboo, Wisconsin
Sep
12
Celebration of Life
1:00p.m.
Badger Steam & Gas Engine Club
S3347 Sand Rd, Baraboo, Wisconsin
Funeral services provided by:
Picha Funeral Home-Lake Delton
GUEST BOOK
2 Entries
Dear Anne and family, Diane and I are so sorry to hear the sad news of Marks passing! As I reflect back on the years of being around Mark {mostly in the mid to latter 70s}, I remember about his friendship to me. The fun times at Dells Small Engine, working on outboard motors and snowmobiles. Mark was a very good mechanic, hard worker and just an all-around great guy! He will be missed very much by so many! May you feel Gods comfort as you go through this time of sadness!
Mark & Diane Higgins
September 7, 2020
My condolences to you, Anne, and the rest of your family. Our dad Wally Clavadatscher thought the world of Mark and loved talking to him at the BG&S grounds. I bet he and dad are looking for things to fix in heaven!
Rita Clavadatscher
September 5, 2020