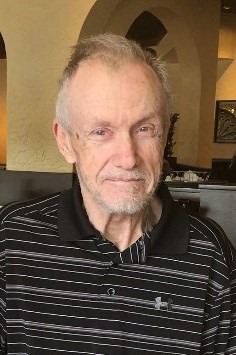 Mike was born on Dec. 25, 1943, in Portage, Wis., to Irene (Amend) Porter and George Amend and was raised by Irene and Lawrence "Sporty" Porter. He graduated from Rio High School in 1962, as well as being a certified Printing Journeyman. He married Susan Epps, his high school sweetheart, in 1969. Mike and Sue lived in Rio, Wis., for most of their lives, with some time in Albany, Wis., and Oregon, Wis. Mike worked in Madison for the State of Wisconsin as a Printer for over 30 years, and after retirement, he took a job in Rio as a Janitor for the school system. His children remember him as someone with a quiet confidence that was always encouraging and helping someone.

Mike was an accomplished bowler and was proud of his awards and 300 game. He loved a good day, and even a bad day, on the golf course and often invited people to join him. He was a constant reader and loved hunting. His girls remember him as a big Packers fan who would take them to games every year he could. He loved his family and until the end wanted to make sure they were cared for.

Mike is survived by his daughters, Joann Amend (Ty) and Sarah Fischer; his five grandchildren, Mackenzie, Matthew, Victoria, Sadie and Maggie; his sister, Grace Hinzman (Dave); and many nieces and nephews. He is preceded in death by his beloved wife, Susan; his parents; his sisters, Willow, Bernadine, Audrey and Donna; and his brothers, George, Robert, Joseph, Richard, David, John Terrance and James.

A Celebration of Life will be scheduled in the summer of 2021 and more details will be communicated closer to the event. In lieu of flowers, the family is asking for donations to support The Michael J. Fox Foundation for Parkinson's Research at https://www.michaeljfox.org/donate. The family would like to thank Heartland Hospice and Ebony Kidd for their care and support. He asked for so little but gave so very much. Online condolences may be made at www.grassefs.com. Grasse Funeral Service in Rio is serving the family.

To plant trees in memory, please visit our Sympathy Store.
Published by WiscNews.com on Nov. 14, 2020.
MEMORIAL EVENTS
No memorial events are currently scheduled.
To offer your sympathy during this difficult time, you can now have memorial trees planted in a National Forest in memory of your loved one.
Funeral services provided by:
Grasse Funeral Service
GUEST BOOK
2 Entries
Mike Amend was a class act , everyone liked an loved him he will be missed by all .
Fred Hinzman
November 20, 2020
So very sorry to hear of Mike´s death. Have nothing but fond memories of him. Know he will be greatly missed.
Jane (Kusrow) Roberts
November 14, 2020