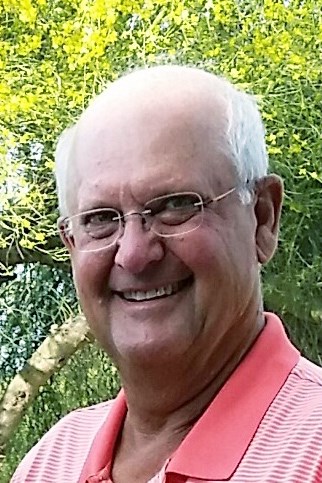 BEAVER DAM - Michael John Hartzheim, 72, of Beaver Dam, Wis., passed away on May 29, 2021, at Mercy Gilbert Hospital in Gilbert, Ariz., from complications of valley fever – a fungal infection found primarily in the southwestern portion of the United States.

The memorial gathering will be held at KOEPSELL-MURRAY FUNERAL HOME in Beaver Dam on Aug. 5, from 10 a.m. until 12 p.m. A memorial service will follow at the funeral home at 12 p.m., with Deacon Joseph Stafford (Michael's cousin) officiating. A celebration luncheon will be served after the service. Inurnment will be at Oakwood Cemetery, Beaver Dam, Wis.

Michael "Mike" Hartzheim was born on Sept. 7, 1948, in Beaver Dam, Wis., to John "Jack" and Barbara (Hutter) Hartzheim. Mike grew up in Beaver Dam and graduated from Beaver Dam High School in 1966. After graduating from Milwaukee Area Technical College, he worked for a while to earn money to continue his education at UW-Whitewater where he earned a BBA, finance degree. He was employed by the State of Wisconsin at Fox Lake Correctional Institution until he retired in 2002. Michael married Diane Kopecky on Dec. 27, 1975, at St. Michael's Catholic Church in Beaver Dam.

Michael's avocation was the game of golf. As a youth, he learned the sport at Old Hickory Golf Club. It became a lifelong passion. Not only did he enjoy playing rounds with friends and participating in tournaments, but through many years he served on numerous golf committees and boards. He served on and chaired committees at Old Hickory, as well as serving on the board and as president. Since 1988, Mike had been a WSGA Director, serving on the board for 33 years. He was an active tournament volunteer in addition to assignments on the rules, membership, associate director, and course ratings committees. He also served on the WSGA Executive Committee from 2010-2020. In 2004, Mike was elected to the NEWGA Board of Directors and served in that capacity until recently. Within the last few years, he joined the NEWGA Seniors Board. Since 2002, he volunteered as a rules official and tournament worker with the Wisconsin PGA. He also officiated WIAA State Boys and Girls Golf Championships. Michael was a longtime supporter of Evans Scholars Foundation, which awards full tuition and housing scholarships to high-achieving caddies with limited financial means.

When he was younger, Mike enjoyed league bowling – and was pretty good. When he quit league play, he seldom bowled but was asked to join a team for an annual bowling tournament. Michael enjoyed planting vegetables and flowers in his gardens but detested weeding. Since 2012, Mike and Diane have enjoyed spending winter at their home in Gilbert, Ariz. For many years, Michael had been a Noon Kiwanian. He was a member of St. Michael's Catholic Church/ St. Katherine Drexel.

In lieu of flowers, memorials may be directed to Evans Scholars Foundation, www.wgaesj.org, or U of AZ Foundation/Valley Fever Center for Excellence (Excellence Endowment Fund), www.give.uafoundation.org/com-tuc-VFCE.

Published by WiscNews.com on Jul. 29, 2021.
To plant trees in memory, please visit our Sympathy Store.
MEMORIAL EVENTS
Aug
5
Service
10:00a.m. - 12:00p.m.
Koepsell-Murray Funeral & Cremation Services, Beaver Dam
N7199 North Crystal Lake Road, Beaver Dam, WI
Funeral services provided by:
Koepsell-Murray Funeral & Cremation Services
MAKE A DONATION
MEMORIES & CONDOLENCES
Sponsored by Koepsell-Murray Funeral & Cremation Services.
2 Entries
Diane, Keeping you and the girls in our prayers for comfort and peace. We have fond memories of our times together with the YR group. Harvey, Patty, Al and I will see you at the memorial service. Our deepest sympathy to you all. Blessings and love, Al and Sara Hancock
Al and Sara Hancock
Friend
July 24, 2021
I am so very sorry for your loss, Diane.
Jeanne Sommer
Friend
July 24, 2021
Showing 1 - 2 of 2 results