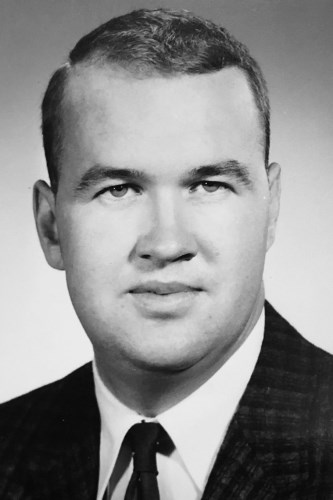 PORTAGE – Our pen is called this day to the very sad duty of recording the death of Patrick William Malone, a man who lived most of his adult life in our city of Portage. Pat passed away peacefully, Monday, Sept. 7, 2020, surrounded by his loving family at Tivoli in Portage, Wis.

Patrick was born July 9, 1935 in Syracuse, N.Y., the youngest of three children, to Philip and Emma (Olson) Malone. He was raised in Wausau, Wis. and attended school there through his junior year in high school. His family moved to Oshkosh before his senior year, graduating there in 1953. On St. Patrick's Day 1956 he married his soulmate Frances R. Hamele (PHS '55, PHS HOF '11) in St. Mary of the Immaculate Conception Catholic Church in Portage. She preceded him in death on Oct. 25, 2008. Their 52-year journey together included many wonderful memories, travels, and infinite cherished times with six happy children, their spouses, 14 grandchildren, nine great grandchildren and still counting.

Pat's life furnished an example for everyone to consider. He was determined and faithful to every duty, true to his convictions and his character was beyond reproach. He was a kind and unchanging friend, quick to forgive, and always willing to listen to others and consider everyone's feelings before his own. If you knew Pat Malone, you were witness to a friendly man who was always ready to greet you with a smile and a genuine concern for you and your family, sincerely wondering how everyone in his presence was doing along life's journey. Some people need weeks or months to make friends, that's something Pat could accomplish in a concessions line at a ballgame. He was an eternal optimist and natural conversationalist with a quick Irish wit and great sense of humor. Pat never seemed to meet a stranger.

In 1958, at the age of 22, our dad became the youngest Clark Gas Station Franchisee in the company with his station on Regent Street in Madison. In 1961 Pat moved to Fran's hometown of Portage as a 25-year-old with three young children and another on the way. He quickly embraced Portage as his hometown with pride. Along with his wife Fran, he took a deep interest in Portage's prosperity; willing to do whatever he could for our city's improvement. Pat and Fran were a force of nature for advancing Portage's better interests.

During Pat's first 34 years in Portage he built a successful and decorated State Farm Insurance agency starting from a spare room in his home on Oneida Street. Eventually growing into one of the largest State Farm Insurance agencies in Wisconsin by the time he retired in 1995. His drive and work ethic were second to none. He loved his work and interacting with clients. He saw to it that every professional encounter passed his "60 Minutes ethical test" while helping people navigate their lives. He was proud to have his sons Pat Jr. and Sean and granddaughter Corinne follow in his footsteps as State Farm Insurance Agents in Wisconsin Dells, Portage and Hartford, Wis. To honor his strong work ethic their offices will remain open with regular hours during this time of mourning.

Although Pat was known first and foremost as a successful businessman and involved father and grandfather, people in and around Portage also knew him as an involved community leader. He was an Optimist Club member for over 40 years, earning its "Optimist of the Year" award in 2001. He was proud of his Irish heritage which he demonstrated as co-founder of the "Shamrock Club of South Central Wisconsin" in 1970. Pat earned their "Irishman of The Year" award in 1974. He was a member of the Portage Chamber of Commerce for over 50 years serving a three-year term on their Board of Directors and one year as its President in 1976. Pat previously served as a Chamber Ambassador too. He had been a member of the Downtown Business Association and The St. Mary Knights of Columbus and he served on the board for Portage Youth Sports.

Professionally Pat earned too many prestigious awards to mention in this space. He was involved in fundraising for many, many worthy community causes, and donated funds to anything benefiting Portage or our area's youth. After his retirement 25 years ago, Pat added "Meals on Wheels" and "The Food Pantry" to his list of volunteer activities. For many years he delivered Christmas gifts for the "Caring Tree" charity. He was a lifelong Democrat and was the local chairman for Hubert Humphrey's 1968 Presidential Campaign. He was looking forward to casting his vote for Joe Biden for President on Nov. 3.

He is further survived by his brother, Philip "Bud" Malone, his sisters-in-law and brothers-in-law Helen (Brad) Hintz, Terri (Charlie) Kabbaby, Ginny (Fred) McCormick, Gene (Peggy) Hamele and Louis Hamele; many nieces and nephews and a long, long list of friends. Pat was preceded in death by his wife , Frances, his parents, sister Mary Malone Kinderman , his father and mother-in-law Eugene "Kiddo" and Ruth Hamele, and his sister-in-law Barbara Malone.

Our mom and dad were the focus of our world and vice versa. They taught us to do the same with our children and grandchildren. Dad was often heard saying, "If you can't help your family, who can you help?" He lived a wonderful life and he will be missed by all who knew him.

We would all like to thank the staff at Tivoli for their excellent care for our dad during his two year stay. Due to the Covid-19 virus funeral services will be private in St. Mary Catholic Cemetery, Portage. Our dad asked for an "Irish Wake" to celebrate his life, which will be held at a later date when all attendees can safely enjoy the fellowship and camaraderie necessary for an "Irish Wake" worthy of our dad's outgoing and kind nature. In lieu of flowers, Pat has asked for donations to be made to The Portage Center for the Arts, 301 E. Cook St., Portage, Portage Historical Society, P.O. Box 727, Portage, or The Portage Area Community Fund, P.O. Box 293, Portage. The Pflanz Mantey Mendrala Funeral Home in Portage (www.pmmfh.com) is assisting the family. 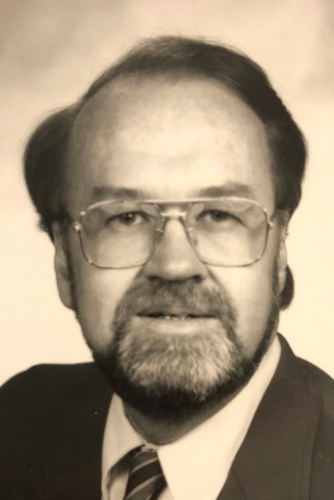 To plant trees in memory, please visit our Sympathy Store.
Published by WiscNews.com on Sep. 12, 2020.
MEMORIAL EVENTS
No memorial events are currently scheduled.
To offer your sympathy during this difficult time, you can now have memorial trees planted in a National Forest in memory of your loved one.
Funeral services provided by:
Pflanz Mantey Mendrala Funeral Home
GUEST BOOK
1 Entry
So sorry to hear about your dad Colleen.
Barb Foley Sainsbury
September 13, 2020