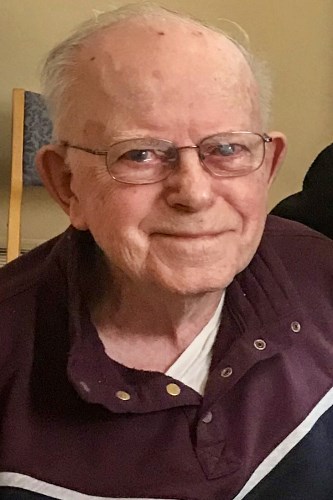 RIO - Robert Eugene Gilbert, 95, of Rio, passed away Oct. 6, 2020. He was a resident of the Columbus Health and Rehab Nursing Home in Columbus. He was born Sept. 3, 1925, in Madison, the son of Lawrence and Dorothy Gilbert.

He married Frenda Gilbert on June 18, 1949, in the Bonnet Prairie Lutheran Church of Rio. Together they celebrated their 70th wedding anniversary in 2019. Bob and Frenda enjoyed visiting with friends and relatives and researching their genealogies. Family was always very important to them. He joined the U.S. Army in 1943 and served in Germany and the Philippines and was honorably discharged as a sergeant in 1946.

He earned a law degree from the University of Wisconsin-Madison. He worked as an attorney for the city of Madison and later as a human resource manager. His career path changed in his fifties when he took over operations of the Johnson family homestead farm.

Due to Covid-19, there will be a private burial at Bonnet Prairie Cemetery on Oct. 17, 2020. The Rev. Julie Krahn of Bonnet Prairie Lutheran Church will officiate. A memorial get-together will be planned at a later date. Online condolences may be made at www.grassefs.com. Grasse Funeral Service in Rio is serving the family.

To plant trees in memory, please visit our Sympathy Store.
Published by WiscNews.com on Oct. 14, 2020.
MEMORIAL EVENTS
No memorial events are currently scheduled.
To offer your sympathy during this difficult time, you can now have memorial trees planted in a National Forest in memory of your loved one.
Funeral services provided by:
Grasse Funeral Service
MEMORIES & CONDOLENCES
Sponsored by Grasse Funeral Service.
1 Entry
Sorry for your. Loss prayers for the family
Fuzzy Donley
October 14, 2020