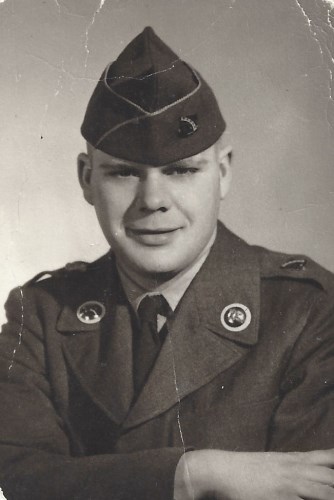 Bob was born on Oct. 27, 1932, in Madison, the son of Francis and Evelyn Miller. He graduated from Madison Central High School in 1951. After graduation, Bob was drafted into the U.S. Army, where he served two years in Korea. He came home from service and married June Hamele on June 2, 1955. They went on to have two children, Robert J. and Laurie.

Bob had many jobs. He was a bus driver for Springfield-Ashton-Martianville Schools. He also was a referee for this school's basketball games. In 1958, Bob began working for the John AHL Company as a plasterer. Then, in 1975, he took a job at the State Record Center, where he worked for two years. In 1985, he was hired by the Madison Crime Lab and retired from there in 1997. He enjoyed playing cards, watching eagles nesting on the Wisconsin River, and most of all, he loved spending time with his granddaughter, Heather, where a special bond grew between them.

Graveside services will be held at SILVER LAKE CEMETERY in Portage on Thursday, Sept. 23, at 11 a.m., with Pastor Leonard Allen officiating. Military honors will be provided by the Portage Area Veterans Honor Guard.

The family would like to thank the staff at Agrace Hospice and Aspirus Tivoli in Portage for their care and support.