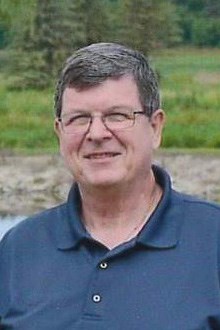 Roger was born on April 14, 1954, in Columbus, Wis., a son of John and Clara (Boomsma) Weinberger Sr. On Oct. 6, 1978, he was united in marriage to Kristel DeVries in East Friesland. Roger was a correctional officer, insurance agent and later worked for Steven Katsma plastering (the 3A Team). He instructed hunter's safety in Randolph for over 35 years. Roger was always willing to help others doing handy work and was known as "Rent a Roger." He enjoyed visiting with anyone, hunting, fishing, camping, hiking and kayaking in his free time. Roger loved to spend time with his family and treasured his children and grandchildren. He was a charter member of Living Hope Community Church, where he served as an elder and a deacon.

He was preceded in death by his mother, Clara; parents-in-law, John (Sadie) DeVries; and two brothers-in-law, Floyd DeVries and Barry Harmsen.

A funeral service for Roger will be held at 11 a.m. on Saturday, Sept. 25, at church, with Pastor Rod Galindo.

A memorial fund has been established in Roger's name.

Published by WiscNews.com on Sep. 20, 2021.
To plant trees in memory, please visit the Sympathy Store.
MEMORIAL EVENTS
Sep
25
Visitation
9:00a.m. - 11:00a.m.
Living Hope Community Church
740 West State Street, Fox Lake, WI
Sep
25
Funeral service
11:00a.m.
Living Hope Community Church,
740 West State Street, Fox Lake, WI
Funeral services provided by:
Randolph Community Funeral Home - Randolph
MAKE A DONATION
MEMORIES & CONDOLENCES
Sponsored by Randolph Community Funeral Home - Randolph.
10 Entries
Kristel and family, We are saddened to hear this news of Roger. We appreciated you as our friendly neighbors when we lived on High St. Our thoughts of sympathy are with you these days.
Julie & Bryce Hodgeman
September 23, 2021
Oh Roger, you´re gone much to soon! I will forever remember your smile and your laugh! It was infectious!! I wish you everlasting peace and blessings. To your family may they always remember you with love peace and happiness! Your soul now resides in heaven and soon we all shall follow the path you´ve taken! Blessings to all and comfort to all! Love you always. Until we meet again dear cousin, Leslie
Leslie Jones
Family
September 23, 2021
Kristel and family you have our Sincere Sympathy on the loss of your husband, father and grandfather.
David-Helene Severson
September 22, 2021
We are thankful for the sweet legacy of GOD's COMPASSION in serving and helping others, that Roger left behind for all of us to learn from. Praying and sending love to y'all from Alabama.
Steve & Jean Allen
Friend
September 21, 2021
Kristel and family, Our deepest sympathy to you all on the passing of Roger. We truly enjoyed working with him regarding several insurance policies in the past. His strong faith glowed from within him for all to see and we were lucky to have known him. You are all in our thoughts and prayers.
Dick and Anita Nehmer
Friend
September 21, 2021
Roger will be missed. Our deepest sympathy for your loss. Our thoughts and prayers are with you
John & Alice Barstow
September 20, 2021
So sorry for your loss Weinberger family!! He was a good man!
Alan Syens
Friend
September 20, 2021
Oh Kristel and family. I am so sorry to hear of Roger's passing. I will always have fond memories of him and his kindness. My heart goes out to the family.
Sue Eager
Friend
September 19, 2021
May God bless you and your family in this time of sorrow. My thoughts and prayers are with you.
Debbie Truitt
Acquaintance
September 18, 2021
I'm so very sorry for your loss! I'm unable to attend, so please accept my sincere condolences
Penny Rahn
Family
September 18, 2021
Showing 1 - 10 of 10 results