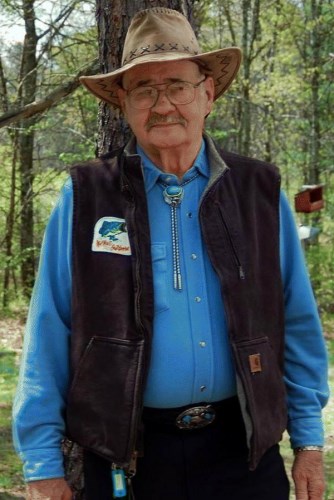 NECEDAH - Stephen John Norling, age 81, passed away at Villa Pines Living Center, Friendship, Wis., on Friday, March 5, 2021, after a brief battle with cancer. He was born May 15, 1939, on the family homestead just north of Hawkins. His parents were Orville and Sophie (Sekola) Norling. He finished his education in the U.S. Air Force and was honorably discharged in 1959. He was proud to say he had over 100 jobs in his life, from trapping as a teen to retiring from Kwik Trip Corp and working as a newspaper reporter in retirement.

He married Donna Watts on March 25, 1960. They had four children together. In 1994 he married the love of his life, Edie Casey, who survives him. Throughout his lifetime he was an avid hunter, fisherman, and general outdoorsman; he particularly enjoyed deer hunting and trout fishing. Later in life, he took up the sport of birdwatching.

Stephen is survived by his wife of 27 years, Edie; his four children, Bret Norling, Lance Norling, and Wendy Heisz, all of Janesville, Wis., and his son, Grant (Amber) Norling of Lansing, Mich.; and his five grandchildren, Derek, Sean, and Mary Heisz, Zachary Norling, and Nichole (James) Westerman. He is also survived by his brothers, Wayne (Deb) Norling and Donald Norling; and many cousins, nieces, and nephews in his extended family.