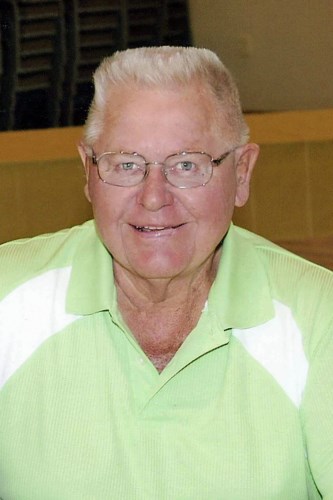 He was a 1956 graduate of the University of Wisconsin – Madison, and was a First Lieutenant in the U. S. Army, Signal Corp. He served as CEO of Farm Credit Services in Juneau and Janesville, Wis., for 34 years before retiring in 1992. He then moved to Phoenix, Ariz., in 1997 and has been a year-round resident since that time, enjoying retirement with his wife and friends of Mountain Brook Village. Vern especially enjoyed his time on the golf course with the "Good Old Boys," and his former days on the farm with his Belgian draft horses.

Published by WiscNews.com on Aug. 31, 2020.
To plant trees in memory, please visit our Sympathy Store.
MEMORIAL EVENTS
To offer your sympathy during this difficult time, you can now have memorial trees planted in a National Forest in memory of your loved one.
Funeral services provided by:
Koepsell-Murray Funeral & Cremation Services
MAKE A DONATION
MEMORIES & CONDOLENCES
Sponsored by Koepsell-Murray Funeral & Cremation Services.
2 Entries
Peggy, we just found out that Vern passed away and want to extend our sympathy to you and your family. I remember Vern as a dedicated and force to be respected in Farm Credit. We all have great memories.
Nick and Jeanette Salm
December 7, 2020
So very sorry to hear of Vernon's passing. Our prayers are with the whole family.
Larry and Bonnie Duffee
August 31, 2020
Showing 1 - 2 of 2 results