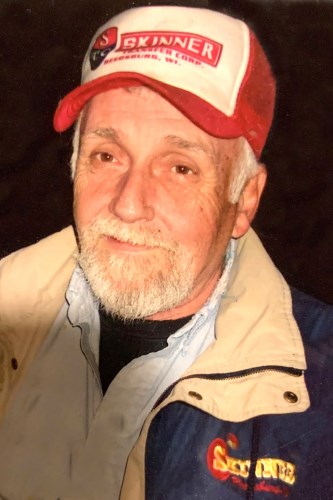 A private service will be held at a later date.

Walter was born Dec. 17, 1946, in Elmhurst, Ill., the son of Walter and Adella (Thompson) Berberich. Walter proudly served his country in the US Army as a heavy vehicle mechanic during the Vietnam War from1966-1968. He remained in the reserves until 1972 and achieved the rank of SP4 (P).

He was united in marriage to the love of his life, Susan M. Doyle on April 4, 1970, until she passed on July 22, 2007. Today, they are re-united again. Wally was a kind and gentle man with a great sense of humor. He loved to cook, work on cars and go to tractor pulls. Wally was the type of person to give you the shirt off his back, asking nothing in return. He was a man of simple means, but lived his life to the fullest by taking care of his grandson, Daniel. He took care of Daniel most of his life. Daniel meant the world to Wally. He will be missed by all who knew him. The world will be a bit darker now, knowing you are gone.

Wally is survived by his daughter, Cori; grandson, Daniel and his Guardian Angels, DJGR and JMR. He was preceded in death by his parents and his wife, Susan.

The Picha Funeral Home and Crematory of Lyndon Station, Wis. assisted the family with arrangements. For Online condolences and information, go to www.pichafuneralhome.com.

To plant trees in memory, please visit our Sympathy Store.
Published by WiscNews.com on Sep. 17, 2020.
MEMORIAL EVENTS
No memorial events are currently scheduled.
To offer your sympathy during this difficult time, you can now have memorial trees planted in a National Forest in memory of your loved one.
Funeral services provided by:
Conway-Picha Funeral Home
GUEST BOOK
0 Entries
Be the first to post a memory or condolences.