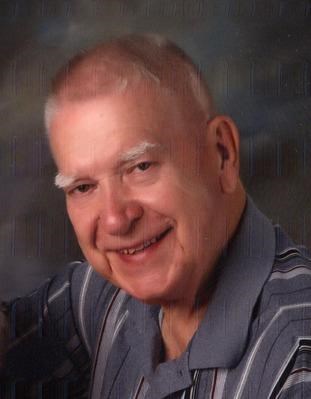 Funeral services will be held at 11:00 AM on Thursday, July 10, 2014 at St. Paul's Evangelical Lutheran Church in Wisconsin Rapids. Rev. James Douglas and Rev. Martin Baur will officiate. Entombment will be at Forest Hill Mausoleum. Visitation will be Wednesday from 5:00-7:00 PM at Herman-Taylor Funeral Home and from 10:00 AM until the time of services on Thursday at the church.

Wally was born in Wisconsin Rapids on June 21, 1930, to Walter O. and Frieda (Fuelle) Johnson. He graduated from Lincoln High School in 1948. After graduation, Wally spent four years in the United State Air Force. On September 3, 1955, he married his loving wife of 58 years, Joan A. Teske. Wally and Joan spent their first years of marriage in West Layfayette, IN where Wally attended Purdue University. The couple moved back to Wisconsin Rapids in 1958 and Wally continued his 43-year career with Consolidated Papers, Inc. retiring in 1991.

During his career, Wally served on the Board of Directors of the Data Processing Management Association and American Federation of Information Processing Societies. He also was an active community volunteer by serving as a Bulls Eye Credit Union board member, Home Owner's Association for Colonial Villages board member, and usher, council member, and Boy Pioneers volunteer at St. Paul's Evangelical Lutheran Church.

As Wally and Joan raised their family, they enjoyed years of camping and travel. Together, they took many trips to the Outer Banks of North Carolina to visit their daughter, and in retirement, spent winter months in North Fort Myers, FL, hosting friends and family, playing cards, and shopping at the flea markets. Near and dear to his heart was the time spent with family, attending the activities of his grandchildren as they grew, and most recently, getting to know his great-grandchildren.

Wally's devotion to his family and faith will never be forgotten.

In lieu of flowers, memorials may be designated to the Outdoor Sign Fund at St. Paul's Evangelical Lutheran Church.

Published by Wisconsin Rapids Daily Tribune on Jul. 8, 2014.
To plant trees in memory, please visit the Sympathy Store.
MEMORIAL EVENTS
To offer your sympathy during this difficult time, you can now have memorial trees planted in a National Forest in memory of your loved one.
Funeral services provided by:
Herman-Taylor Funeral Home - Wisconsin Rapids
MAKE A DONATION
MEMORIES & CONDOLENCES
4 Entries
I'm very sorry for your loss. It was a pleasure knowing Wally and Joan.
Sincerely, Rhonda from Home Instead Senior Care
July 13, 2014
Sorry to hear about your loss. I worked for Wally many years and am glad that I had the chance to talk to him at Joan's funeral. He was a good man. Mike Saeger
July 8, 2014
Brian and Sue. We are sincerely sorry to hear about your losses this week. May God comfort you and your families during this hard time.
Todd and Nancy Mueller
Todd and Nancy Mueller
July 8, 2014
I'm sorry to hear about the passing of your dear loved one. Please accept my sincerest condolences. May you find comfort at 2 Thessalonians 2:16,17
Gilrad
July 8, 2014
Showing 1 - 4 of 4 results