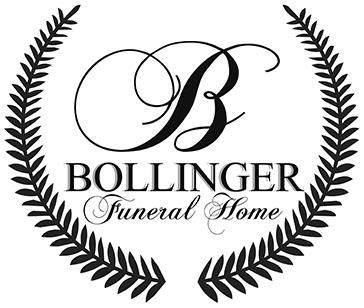 FUNERAL HOME
Bollinger Funeral Home
420 Lee Street West
Charleston, WV
WILLIAM CHAPMAN REVERCOMB JR., died February 21, 2020, after a wonderful, well-lived life.
Known as Bill, he was the first-born child of the late Senator Chapman and Sara Venable Hughes Revercomb. He grew up on the West Side of Charleston, attending J.E. Robins, Lincoln Jr. High School and Stonewall Jackson High School. He graduated from the Mercersburg Academy in 1944, and immediately entered Princeton University, where he was a member of the track team. After obtaining his undergraduate degree in Biology, he entered Columbia University College of Physicians and Surgeons where he obtained an M.D. in 1951. He completed his residency in Internal Medicine at the Case Western Reserve University School of Medicine in Cleveland. Bill then served in the United States Air Force. After discharge from the service, he completed a fellowship in Internal Medicine at Parkland Memorial Hospital in Dallas.
In 1952, he married Marjorie Jo Boston, whom he had met while they were graduate students at Columbia. In 1957, Bill and Marjorie returned to Charleston, where he practiced medicine for the next 41 years. Over the years, he helped train countless medical students and residents as a Clinical Professor of Medicine at the West Virginia University School of Medicine, Charleston Division. He also served on the West Virginia Occupational Pneumoconiosis Board for many years.
Bill was a longtime member of the Rotary Club of Charleston. He was an accomplished gardener, an avid bridge player, and he enjoyed playing tennis. He loved to travel, visit and learn about the countries and regions of the world. Bill was a quiet, contemplative man, and he was grateful for all his blessings in life.
In addition to his parents, he was predeceased by his wife, Marjorie; his infant son, Mark Joseph Revercomb; his brothers, the Honorable George H. Revercomb and James V. Revercomb; and his sister, Anne Revercomb Graney.
He is survived by his sons, William C. Revercomb III and Stephen B. Revercomb (wife Rebecca), and his daughter, Carolyn H. Revercomb, M.D. He is also survived by his grandsons, John J. Revercomb, William C. Revercomb IV and Samuel H. Revercomb.
The family wishes to thank the nurses and staff of the Arthur B. Hodges Center, Kanawha Hospice and others for their loving and gentle care of Bill. They were tremendous.
A memorial service will be held at a later date.
In lieu of flowers, the family suggests donations to the Women's Health Center of WV, WV Health Right and Special Olympics WV.
Bollinger Funeral Home, Charleston, W.Va., is serving the Revercomb family.
To plant trees in memory, please visit our Sympathy Store.
Published by Charleston Gazette-Mail on Mar. 15, 2020.
MEMORIAL EVENTS
No memorial events are currently scheduled.
To offer your sympathy during this difficult time, you can now have memorial trees planted in a National Forest in memory of your loved one.
Funeral services provided by:
Bollinger Funeral Home
MAKE A DONATION
Please consider a donation as requested by the family.
MEMORIES & CONDOLENCES
Sponsored by Bollinger Funeral Home.
1 Entry
Jackie pitchford
March 16, 2020
Showing 1 - 1 of 1 results