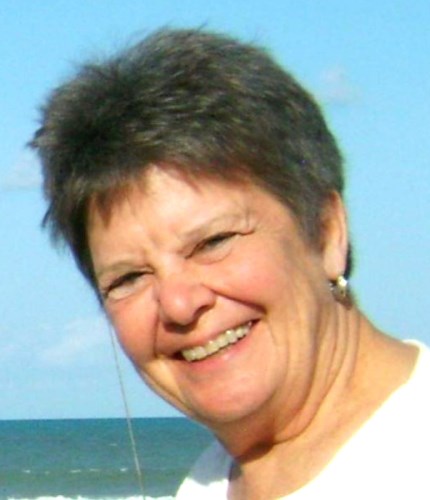 FUNERAL HOME
Schrader, Aragon & Jacoby Funeral Home
2222 Russell Ave
Cheyenne, WY
Barbara Clark 1945- 2021 After a long battle with breast cancer, Barbara Susan Clark, 76, of Cheyenne, Wyoming passed away on Oct 4, 2021 in her home attended by Daniel, her husband of 50+ years and watched over by their loyal dog Evie. Barbara was born in Norfolk, Nebraska on February 28, 1945, to Woodrow and Mildred Smith while her father was supporting the Allies by flying bomber missions from France and Belgium into Germany. When World War II was over, Mildred and Barbara joined him in southern California where they lived until Barbara completed high school.

Barbara was a dedicated educator, teaching at the elementary level, serving as a speech pathologist and setting up resource programs for special needs children. She was also engaged in numerous church and community volunteer activities in all of the locations she and Daniel lived as the U.S. Air Force moved them around from the east coast to the west coast and various points in between, as well as 3 years in Florennes, Belgium (where Barbara's father was stationed for a time during WWII) and 3 years in Naples, Italy.

Barbara is survived by her husband Daniel. She was preceded in death by her parents and her sister, Bonita Jo Shoults.

A memorial service will be held Monday, October 11th, at 11:00 a.m. at Schrader, Aragon and Jacoby Funeral Home, located at 2222 Russel Avenue, Cheyenne, with a reception to follow at the Schrader Reception Center.