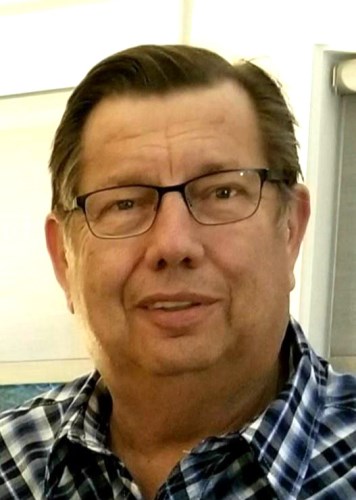 Dennis was born on December 8, 1948 in Clinton, Iowa to Wilbert "Gus" and Lois (Steinke) Schroeder. One of his favorite childhood hobbies was playing baseball.

After graduating from high school, Dennis enlisted in the United States Army from 1967 to 1970. He served as an E-5. After returning home, Dennis married his high school sweetheart, Phyllis McAndrews, on November 14, 1970.

Shortly thereafter, he enrolled at the University of Iowa in Iowa City where he received his Bachelor of Business degree.

A few years after starting their family, Dennis and Phyllis moved to Cheyenne where he was offered a management position at the Home Ranch Motel. Following this job, he worked as a financial aid director at Laramie County Community College and at H&R Block. He always said his colleagues and students were the best parts of his job. He created lifelong friends with a number of co-workers.

Dennis was also an active member of the Holy Trinity Catholic Church where he served on the finance committee and as a Eucharistic minister.

Dennis cherished his time with his family. He loved attending his children and grandchildren's sporting events as he was one of their biggest fans. Dennis created a special bond with his grandchildren and in return they idealized him.

Other favorite pastimes included watching the Andy Griffith show and Westerns, playing games like Bridge and spending time with his family. His love for Christmas was no secret. Each year, the Schroeder home gleamed with the holiday spirit thanks to Dennis and his decorations.

Characterized as a kind man by anyone who knew him, Dennis never sweated the small stuff and always had a smile on his face.

Dennis is preceded in death by his parents; brothers, Robert and Duane; and brothers-in-law, Dana Zeller and Reuben Trinidad.

A memorial will be established by the family at a later date.

Condolences may be offered to the family on-line at www.schradercares.com

Published by Wyoming Tribune Eagle from Sep. 23 to Sep. 24, 2021.
To plant trees in memory, please visit the Sympathy Store.
MEMORIAL EVENTS
Sep
25
Liturgy
10:00a.m.
Holy Trinity Catholic Church
1808 Hot Springs Ave, Cheyenne, WY
Funeral services provided by:
Schrader, Aragon & Jacoby Funeral Home
MAKE A DONATION
MEMORIES & CONDOLENCES
Sponsored by Schrader, Aragon & Jacoby Funeral Home.
1 Entry
My condolences to the Schroeder family on their loss.. I meant Dennis through H&R block in his capacity as tax preparer. He wasn't there this year but I was hoping to see him this upcoming year. I'll miss his friendliness, tax advice & our conversations. May the Lord comfort & grant you his love, compassion & understanding...
Gary Peters
Work
September 23, 2021
Showing 1 - 1 of 1 results