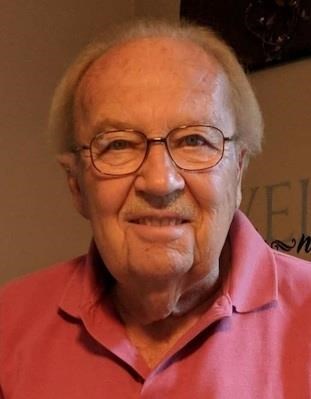 Barry was born in York on August 31, 1940 and was the son of the late Frank Skelly and Delores (Groff) Skelly. He graduated from Spring Grove High School class of 1958. He was a regular vendor with a toys, photo's, and novelty business at Williamsgrove and Lincoln Speedways and was also a track photographer at both Speedways. He was the owner of Collector Toys and Hobbies and Race-O-Rama Hobby Center from 1966-1985. He was also a proud co-promoter of Toy Extravaganza at the York fairgrounds. Barry was a devoted family man; he loved his wife and children and adored his grandchildren.

He is survived by his daughter Lisa Mulroy and husband Christopher of York; his son Mike Skelly of York; his grandchildren Dillon and Morgan Mulroy and his sister Sue Riegner and her husband Pat of Florida. He was predeceased by his son Randy Skelly.

Due to COVID19, services are being held privately by the family under the direction of Beck Funeral Home & Cremation Service Inc., of Spring Grove.

In lieu of flowers, contributions in his memory may be made to the American Heart Association.


Published by York Daily Record from Aug. 13 to Aug. 16, 2020.
To plant trees in memory, please visit the Sympathy Store.
MEMORIAL EVENTS
To offer your sympathy during this difficult time, you can now have memorial trees planted in a National Forest in memory of your loved one.
Funeral services provided by:
Beck Funeral Home & Cremation Service, Inc.
MAKE A DONATION
Please consider a donation as requested by the family.
MEMORIES & CONDOLENCES
Sponsored by InYork.com.
19 Entries
Barry was an incredible person and had the kindest soul. I’ve never really met another person who was as sweet and kind as he was. York Show will never be the same without him, but we will continue on his legacy as long as possible.
Suzanne Conrad
September 21, 2020
RIP Barry. You were a great friend and I will never forget you.

Dan DeMarco
Friend
August 31, 2020
Barry was a very good friend. We did a lot of things together we both enjoyed. Several years I made the trips to Florida with him which Phyllis was relieved because she always worried about Barry driving there by himself. I enjoyed helping him with the Hershey car flea market, the Toy Extravaganza show, Lincoln Speedway novelty stand, and just hanging out. After my brother passed in 2010 Barry would stop and pick me up Friday nights on his way to Williams Grove. We had many good talks to and from destinations. I will miss him, but we will meet again. Rest in peace dear friend.
Gregg Kohr & Cindy
Friend
August 29, 2020
Barry was a well liked person who will be missed by everyone who knew him. My sincerest sympathy to the family on their great loss. Rest In Peace Barry!
Linda Miller
Friend
August 17, 2020
I remember Barry from Skelly's Toy Store in West York. Was always a wonderful time looking at all the toys. Bought all my model rocket supplies there. Rest in Peace.
Richard Brenneman
August 16, 2020
I met Barry as a first grader in 1973 when I attended my first race at Lincoln Speedway. I grew up collecting his photos from the tracks and going to Race O Rama for slot cars and model kits. He always had a smile and was so kind. Then when my kids were little he always went out of his way to give me hot wheels cars for them. Barry was a wonderful person and a great friend. I have such fond memories of him. My sincere condolences to Mike and the rest of Barry's family. He will truly be missed.
Chris Figdore
Friend
August 15, 2020
I got to see Barry at Lincoln every year for my late husband , Weldon Sterners Memorial race , he always made sure I got the pictures of my family on the track . Will miss you Barry, My sympathy to your family ♥♥, Pat Sterner
Pat Sterner
Friend
August 15, 2020
May the love of friends and family carry you through your grief.
Donald Stoner
Friend
August 15, 2020
He was my friend to my brother Bill and I since childhood. Spent many hours at Race O Rama and his toy store. Always friendly. A smile for everyone. I am grateful to have known him. Rest now my friend.
Millie Wagaman Caswell
Friend
August 15, 2020
Our thoughts and prayers are with Mike and Lisa at this difficult time. May you find peace and healing with all the wonderful memories you have.
Your father was a wonderful man who will be truly missed by all who had the pleasure of knowing him!
Beth and Craig Holler
Friend
August 15, 2020
Lisa and family,
Very sorry for your loss. My thoughts and prayers are with you and your family.
John Orendorff
August 14, 2020
May your memories of the wonderful times you shared with your loved one comfort you and your family, today and always.
American Heart Association
August 14, 2020
Barry & Phyllis were very good friends way back in SG high school 1956.
After high school they were married and lived in Hanover, Pa. Barry worked for my father in the farm equipment business in West York.
Phyllis worked at the Farmers Bank in Hanover with Sandra Pennewill.
They set me up with a blind date with Sandra and 1 & 1/2 years later
they were at our wedding. Years later their Grand Kids and My Grand Kids were playing soccer against each other. Thanks Barry & Phyllis
for many years of friendship. God Bless Your Family, Clair Worley Jr.
Clair D Worley Jr
Friend
August 14, 2020
Pepper was a SGHS '58 classmate and a good guy. My condolences to the family.
Michael Yohe, Cornelius NC
August 14, 2020
Heaven gained another great human being. Thanks for taking great pictures at the races and having a great stand to purchase race stuff. I’ll never forget Race-O-Rama or buying things from you at the races and my grandparents getting us things from Skellys Toys and hobby shop. RIP BARRY SKELLY, you and your family are a class act. You will be deeply missed . ❤❤
Robert M.Anstine
Friend
August 14, 2020
My dad was friends with Barry ( Jim Bohle )
Very nice man
You will be missed
Debbie brown ( Bohle )
Friend
August 13, 2020
WE EXTEND OUR CONDOLENCES TO THE SKELLY FAMILY.
WE HAVE KNOWN BARRY FOR MANY YEARS AND ENJOYED DOING BUSINESS WITH HIM. HE WAS A VERY KIND THOUGHTFUL PERSON. OUR PRAYERS ARE WITH YOU AT THIS DIFFICULT TIME.
GOD BLESS
JACK & SHERYL HOOKS--THOMASVILLE COUNTRY AUCTION
Friend
August 13, 2020
Prayers Barry you were a legend on pa. dirt track scene. Kind Caring man never to be forgotten
Caring Race Fan
Friend
August 13, 2020
VERY SORRY TO HEAR THIS NEWS. HAVE KNOWN BARRY SINCE I WAS A KID GOING TO RACE O RAMA. MANY NIGHTS SPENT AT THE GROVE AND LINCOLN SPEEDWAYS. ALWAYS MADE SURE I TALKED TO HIM AT HIS TOY SHOW. MY CONDOLENCES TO MIKE AND THE REST OF THE FAMILY. RANDY KOLLER
RANDY KOLLER
Friend
August 13, 2020
Showing 1 - 19 of 19 results