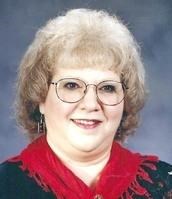 BORN
1947
DIED
2016
FUNERAL HOME
Leroy R Leber Funeral Home Inc
2290 School St
York, PA
Carmen L. Billet
York
Carmen Lyn (Eicherly) Billet, 68, went gently into that good night at 11:45 p.m. on April 28, 2016 at York Hospital, after lengthy illnesses. She was the wife of Thomas E. "Tommy" Billet for 39 years and the daughter of the late John Hiram Eicherly and the late Elinor Carmen (Brandt) Sprung. She was born in York, PA on June 19, 1947. In addition to her husband, she is survived by her son, Wayne Toomey, Jr. (wife Charlotte); her brothers, David Eicherly (wife Micaela) and Jason Sprung (wife Melody); four grandchildren, Darren, Ashley, Jacob, and Nicholas and her step-mother, Sara Eicherly.
Carmen graduated from West York High School and was awarded a Bachelor's Degree in Mathematics and a Master's Degree in Education from Millersville University. She was an accomplished vocal soloist and a self-proclaimed "Social Thing", a designation she richly deserved. But first and foremost she was an Educator, serving a 40 year career with the Northeastern School District, teaching at the elementary level in the classroom and retiring as a computer resource instructor in 2010. Her "Social Thingness" manifested itself in her fundraising activities for student councils and her son's athletic teams, her love of online games, time spent playing cards with family and friends, as well as her annual trips to Bethany Beach. Carmen could not join an organization without becoming "involved." She was an officer of her bowling league, a board member of her credit union, and held numerous positions of responsibility in her Education Association. Carmen firmly believed that time stopped for her and restarted at her whim. Inanimate objects would incur her wrath for the least transgression.
Carmen's love of theatre launched her grandson Jacob's participation at DreamWrights Youth & Family Theatre where she was a moral and financial supporter of the theatre's productions.
A memorial service will be held 2:00 p.m. Thursday, May 5, 2016 at the LeRoy R. Leber Funeral Home, Inc., 2290 School St., York (Shiloh). A visitation will be held from 1:00 to 2:00 p.m. prior to the service. Attendees are encouraged to attire themselves in red and black, they were Carmen's favorite colors.
In lieu of flowers, memorial tributes may be forwarded to DreamWrights Youth & Family Theratre, 100 Carlisle Ave., York, PA 17401, www.dreamwrights.org.
leroyleberfuneralhome.com
Published by York Daily Record on May 2, 2016.
To plant trees in memory, please visit the Sympathy Store.
MEMORIAL EVENTS
May
5
Visitation
1:00p.m. - 2:00p.m.
PA
May
5
Memorial service
2:00p.m.
Leroy R Leber Funeral Home Inc
2290 School St, York, PA
Funeral services provided by:
Leroy R Leber Funeral Home Inc
MAKE A DONATION
MEMORIES & CONDOLENCES
Sponsored by InYork.com.
20 Entries
So sorry for your loss Tom. You were on my mind today. I am grateful to have been part of you and Carmens life for the short time we had together. May GOD comfort you and praying for peace for you and your family.
Andrea Keller rn white rose
August 19, 2016
Tom -

I am so sorry I didn't hear about Carmen sooner. My heart goes out to you and your family.

Your cousin, Karla
Karla Houseman
May 9, 2016
So sorry for your loss. I am thinking of all of you during this difficult times. Happy Mother's Day in Heaven!
Charleen Mcmorris
May 7, 2016
I was a former student in the early 1970's . I had her for 1st and 2nd grade. She was a great teacher.
George Curilla
May 6, 2016
My thought and prayers are with Tom and Carmen's family. She was a great friend to me.
Norma O'Neill
May 5, 2016
I had her as my elementary teacher when I went to northeastern, my condolences go out to the family. I really liked her as my teacher, she was a very nice lady.
Ashley Mummert
May 5, 2016
Rest in peace Mrs. Billet! You will be missed! One of the great teachers I've ever known
Ashley Bishop
May 3, 2016
Tom and family,
Please accept my heartfelt sympathy for the loss of Carmen. I worked with her for years at NESD and would often listen to her stories about her family, she loved her family!!!! Carmen believed in many of the projects that benefitted struggling children and families and gave time and resources at Christmas to help. She was a kind woman. I pray that you find comfort in your memories.
Kathy Minnich
Kathy Minnich
May 2, 2016
She was my teacher she will be missed and carried in my heart forever.
Tonya Baldwin
May 2, 2016
So sorry for your loss. Your friends at Hartman's Fruit Farm at Central Market. Sam, Patsy and Jane.
May 2, 2016
Thoughts n prayers to all that had the peasure of meeting her and to her family! She was my favorite teacher. Fly High Mrs. Billet!!
April Toomey
May 2, 2016
I taught with Carmen many years ago at Orendorf elementary school. Thanks to her teachers after school bowling league, I met my husband of 30 years! Thanks Carmen for always being there for your fellow teachers. To Carmen's family - She was a great lady & will be missed by many.
Anita Pritchard
May 2, 2016
I will always remember Carmen's hearty laugh. We shared many of those through our bowling league and our many social activities afterward. She was a very special person, even taking the time once to teach me macrame. She will be dearly missed by many.
Carol Doria
May 2, 2016
Mrs. Billet, you were a wonderful person. May your family be at peace knowing you contributed so much to education and society. Thank you for the TomWat experience that I remember from third grade. Rest in Peace!!!!
Dustin Matthews
May 2, 2016
Prayers to the friends and family, she was a great mentor and a great computer teacher for all the northeastern students, Mrs billet, you will be greatly missed
Matt Zech
May 2, 2016
To Carmen's family...
My deepest sympathy to you on the loss of Carmen. I worked with Carmen when she became the computer resource teacher. We worked on curriculum together. She will be sadly missed.
Brenda Sargen
May 2, 2016
I am truly saddened to see that this wonderful lady has passed. She taught my son Jeff in school and she was a gem to say the least. She truly cared about her students and gave her all. I still have the beautiful note she wrote to my son when he went on to high school from her class. She didn't just teach, she touched hearts and lives. My son's and mine are two for which this is true, and we will always remember her with fondness. God bless and be with her family and loved ones at this time. God bless her precious soul as well.
Betty Sipe
May 2, 2016
I taught with Carmen at Orendorf Elementary during my first year of teaching. We bowled on the teachers' bowling league together too. She was always a lot of fun! My thoughts and prayers are with her family and friends. She left us way too soon.
Vicki Donbaugh
May 2, 2016
Wow what a shock Mrs Billet was an AWESOME teacher I had many yrs ago RIP my friend
mary gladfelter
May 2, 2016
Rest in peace Mrs. Billet. Prayers to your family and friends.
Kayla
May 2, 2016
Showing 1 - 20 of 20 results