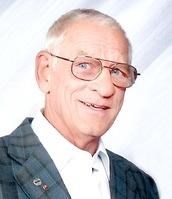 BORN
1946
DIED
2016
FUNERAL HOME
Leroy R Leber Funeral Home Inc
2290 School St
York, PA
Carroll E. Foreman
Dover
Carroll E. Foreman, 70, passed away Sunday, July 24, 2016, at Rest Haven of York. He was the husband of the late Barbara J. (Eppley) Foreman.
Mr. Foreman was born in Taneytown, Md. on July 4, 1946, son of the late Carroll and Regina (Mort) Foreman.
He was employed as a machine operator by the former Caterpillar Plant in York, from which he retired.
Carroll was a member of Salem United Church of Christ, Dover, and the Heritage Senior Center.
Survivors include three stepsons, Randy L. Crone and his wife, Ruth of Dover, Kerry R. Crone and his wife, Chris of Glen Rock and Steve P. Crone and his wife, Missy of Dover; five grandchildren; two great-grandsons; two aunts; a brother-in-law; a companion, Joanne Young; and numerous cousins.
There will be a viewing from 10 to 11 a.m. Thursday, July 28, 2016, at the LeRoy R. Leber Funeral Home, Inc., 2290 School St., York (Shiloh). Funeral service will immediately follow with his pastor, the Rev. Ruthann Seibert, officiating. Final resting place will be in Salem Union Cemetery, Dover.
LeroyLeberfuneralhome.com
Published by York Daily Record on Jul. 26, 2016.
To plant trees in memory, please visit the Sympathy Store.
MEMORIAL EVENTS
Jul
28
Viewing
10:00a.m. - 11:00a.m.
Leroy R Leber Funeral Home Inc
2290 School St, York, PA
Jul
28
Funeral service
11:00a.m.
Leroy R Leber Funeral Home Inc
2290 School St, York, PA
Jul
28
Burial
Salem Union Cemetery
Dover, PA
Funeral services provided by:
Leroy R Leber Funeral Home Inc
MAKE A DONATION
MEMORIES & CONDOLENCES
Sponsored by InYork.com.
14 Entries
My condolences to Carroll's family. My mom, Fran Geiselman was a friend of Barb's and I met him through her. My mom passed away before Barb did so I haven't seen him in years but he always seemed like a nice man so I am sorry to hear about his death. We grew up at Rohler's with Barb's boys and my prayers are with you.
Sharron Snyder-Minnich
August 2, 2016
Very sorry to hear of the passing of a cousin.
ralph Parker
August 2, 2016
So sorry my dearest cousin that I could not make the trip t see you in the end. I'm so glad I saw you at the Alumni Banquet. Peace in Gods arms! Rosie and Ray Bentz
August 1, 2016
Carroll has been a very dear friend since first grade. I will miss him a lot. Someday I will see him again. Till then, I will think of you often with love.
Cynthia Shearer
July 28, 2016
I started 1st grade with Carroll and graduated from high school a year behind him. We traveled around together in our teen years. He also visited me here in O C, MD. We shared an evening together last year @ our 50th. Class Reunion. This old friend and classmate will surely be missed. God Bless your soul, Carroll -
Richard Feeser
July 27, 2016
I worked with Carroll in Department 20 at Caterpillar. I remember him well. May he rest in peace.
Elwood(Woody) White
July 27, 2016
I am so sorry to hear of Carroll's passing. He was a good friend of my dad's, Kenneth Houck. The last time I saw him was at my dads apartment back in March when I was there cleaning it out. The family is in my thoughts and prayers. RIP dear friend.
Cherry Houck-Arvin
July 27, 2016
Our deepest sympathy to the family. Carroll will be greatly missed He always tooted his horn when riding by the house. Cousin Raymond and
Joyce Clingan
July 27, 2016
To my loving nephew who has made this aunt's life much more enjoyable. You will be so missed. Rest in Peace. Aunt Sis
Jean Mort
July 26, 2016
Just met you within the last couple of years through the Recycled Teenagers enjoyed many trips with you & joAnn. Miss you Greatly
Myra Miller
July 26, 2016
You will be missed old friend. Rest in peace. Your mother did a dynamite job raising a man like you. You always made me laugh.
Virginia Barnhouse
July 26, 2016
I started 1st grade with Carroll and graduated from high school in the same class. This old friend and classmate will surely be missed. God Bless your soul, Carroll.
John Shorb
July 26, 2016
Stephanie Brown
July 25, 2016
I will not be their to say a good bye but ,I will fore ever hold your memory in my heart. Love ya
Stephanie Brown
July 25, 2016
Showing 1 - 14 of 14 results