BORN
1997
DIED
2016
ABOUT
Susquehannock High School
Elise B. Delozier
Seven Valleys
Elise Beth Delozier, 18, died of injuries sustained in a motor vehicle accident Friday, April 15, 2016. She was the daughter of Joseph Eugene Delozier, Jr. and Melissa (Forry) Delozier, Seven Valleys.
There will be a Celebration of Life gathering at her home on Saturday, April 23, 2016, starting at 2 p.m. Interment will be private and at the convenience of the family.
Born July 8, 1997, in York, Elise graduated from Susquehannock High School, Class of 2015. She was currently employed at Key Plastics. You always knew where you stood with her; she was never fake. Elise enjoyed hunting and trapping with her family in the mountains. She was a product of her environment.
Surviving in addition to her parents are a brother, Joseph Delozier III; a sister, Erin Grimm Ball, and her husband, Adam, and their son, Liam Ball; paternal grandmother, Joanne (Tomlinson) Mackenzie; paternal great-grandmother, Dolores Tomlinson Witzen, married to Albert; maternal grandparents, Ronald and Helen Forry; and a host of additional loving family members. She was preceded in death by her "Pap", Joseph Delozier, Sr., who was there to greet her.
In lieu of flowers, memorial contributions may be made to Animalrescue.org.
JJHM.COM
Published by York Daily Record on Apr. 19, 2016.
To plant trees in memory, please visit the Sympathy Store.
MEMORIAL EVENTS
Apr
23
Celebration of Life
2:00p.m.
at her home
PA
MAKE A DONATION
MEMORIES & CONDOLENCES
Sponsored by InYork.com.
33 Entries
Missy,
Here we are, five years now which I’m sure seems like an eternity to you. I am hoping that loving and missing Elise from afar has given you some peace especially on days such as this. Please know that I am thinking of you today, more than usual and praying that God will comfort you with sweet memories of your beautiful Elise.
Love you, Missy.
Sundra❤
Friend
April 13, 2021
Missy and family,
There is so much truth in the saying, Time flies! Four years have passed already since your beautiful Elise went to he with our Lord. How may days have you missed her, thought about her, and loved her? The answer is 1,460 days, every single day since she left this earth. Please know that I am thinking of you more today than any day, and sending love, hugs and prayers your way. God bless you and comfort you today and always.
Love, Sundra
Friend
April 15, 2020
Missy, Joe and family,
I cannot believe it has been three years since God called your precious Elise home. I know first hand that the loss of a son or daughter changes your family dynamics forever, but, it does give us the opportunity to look at life in a different and more meaningful way. I know you have been celebrating Elises life in everything you do. Keep remembering what an amazing daughter and human being she was on earth and now in heaven as she watches and lovingly guides your family. May God comfort you during this time of recollection of her and remember See ya later is what keeps us going.
Thinking of you with love,
Sundra and Mike
Sundra Shaffer
Friend
April 13, 2019
I know that she loved her family very much and her family loved her very much but let us remember she is safe know and she is watching over everyone one of us to trying to speak but we can't hear her. But we know that she is there and she is everywhere and she is just waiting to be reunited with her family once again and tell them that she loves and miss them all so much and can't wait to give them hugs. My name is shea siggins and I am the younger sister of morissa goak and she also miss her very much.
Shea siggins
February 28, 2017
To Elise's family - I only met Elise a couple times - working with my daughter Megan, but she made me laugh and smile all day!! She truly was a free spirit. Fly with the angels Elise. I have sooo many yellow flowers in my yard this year - you sent them I'm sure. RIP young lady - you will be missed.
Debbie Sheidy
April 25, 2016
My condolences to the entire family. Elise was such a pleasure to have in class. She was a hard working young lady with such a caring personality. Elise, I will be sure that Marie and I finish your mural and will be a great tribute to your life.

Mr. Bowers "Mr. B"
Wade Bowers
April 22, 2016
I knew Elise when she was in my 10th-grade classroom. I saw that she was fiercely loyal to her friends and a hard worker in my class. The loss of Elise and her strong spirit seems so unfair. My sympathies go out to Elise's family and friends.
Tamara Kelley
April 22, 2016
Missy, my heart aches for you and your family. I remember Elise as an infant and child. I'm sure her Pap was waiting for her and until she can be joined by the rest of her family, there are the memories, and those tugs at your heart, and the feeling she is close by. May you find comfort in all those memories of the time you shared. May God bless and wrap His loving arms around you and give you peace.
Debbie Myers
April 20, 2016
Sending you caring thoughts and prayers of comfort.
Jaqie and Matt Keady
April 20, 2016
All of you are in our thoughts and prayers. Andy,Heather,Alex
Heather Mackley
April 20, 2016
My family extends our deepest sympathy to you for the loss of Elise. We do not know you or Elise, yet we can imagine the deep sadness you must feel, in this most grievous time. We will be praying for the Holy Spirit to somehow help you in your grief and for an understanding that God will heal your broken hearts in time, as you never let go of all of the wonderful memories you have of Elise.
Charlie, Debbie and Joy
April 20, 2016
I remember when she used to work with me at Sauble's we would always talk good to have a lot of fun course Bob would always pick on us saying that we would make a great couple currently that never happened Elise you will be Heavily messed girl love you
Cody Bailey
April 20, 2016
Joe , I remember talking to you at your daughters graduation last year, my youngest daughter graduated with your daughter, im so sorry to hear this Joe. may GOD comfort you and your familys heart knowing that some day you will be with her again. take care of yourself. Mick from Allstate insulation.
Mick McVicker
April 20, 2016
Jack I am truly sorry for the loss of your daughter Elise. God hold and keep you during this time of sorrow.
Pete Arden
April 19, 2016
Miss Elise, I will miss you and our talks in the Produce. I would always help you when I could. We confided in each other. Said things that hopefully made you smile! I will never forget the time when I got back from vacation, you ran into the Produce room saying MR STEVE !!!!
And I got a GREAT BIG HUG!! That will be my fondest memory of you Elise. Love ya always Miss Elise!!
Will miss you dearly!

Mr Steve.
April 19, 2016
I am so sorry for the loss of Elise. Although I only met her a couple of times, I was impressed by how sweet and kind she was. I will never forget the day Liam was born and how thrilled Elise was to be an aunt. I wish that mere words could ease the pain of losing her, but I know that they can only let you know that others care and share in your sorrow.
Donna Ball
April 19, 2016 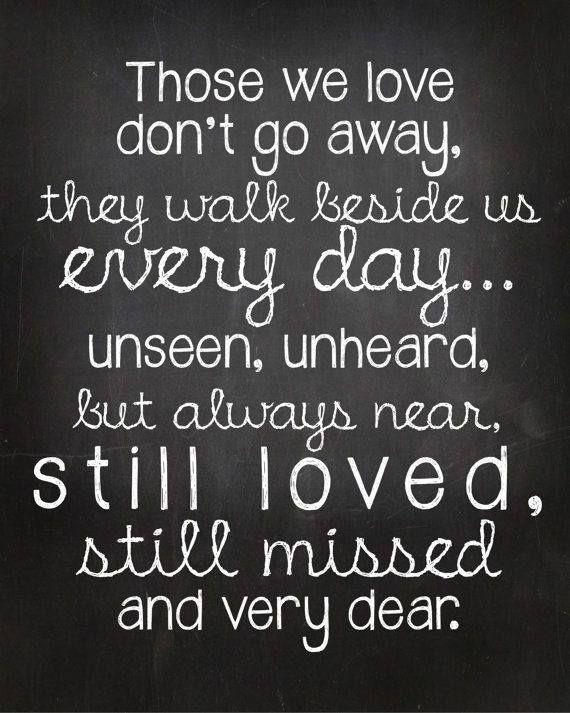 Words can not express how truly sorry we are for your loss. Our thoughts and prayers are with you all.
Sarah Frane
April 19, 2016
We are heartbroken beyond words, not only for the loss of beautiful Elise, but for her wonderful family as well. We are thinking of you all and pray for comfort during this time.
Mike,Tina,Zoe and Cruz
April 19, 2016
To Elise's family,

I am so sorry for your loss. I had the short pleasure of knowing Elise from Key Plastic. She was always so pleasant.
Mary
April 19, 2016
So sorry for your loss. You are in our thoughts
Connie Christine
April 19, 2016
My thoughts and prayers for the faimly. We have great memories in middle school R.I.P. gone but never forgotten
Andrew Lutx
April 19, 2016
Missy
My heart goes out to you and your family. There are no words that can be said to describe how we all feel for your loss. Remember the angle you had and she will always be in your heart.
Kelly Sellers
April 19, 2016
My condolences. Elise was the most beautiful soul I've ever met.
April 19, 2016
My condolences. Elise was a special young lady and I am glad I had the chance to get to know her as a junior.
Deb Dominick
April 19, 2016
Deepest sympathy for your loss.
Dane Bergeron
April 19, 2016
So sorry for your loss! My thoughts and prayers are with Missy and her family. May god be with all of them during this difficult time.
Melissa Dixon
April 19, 2016
Beautiful flower
Miranda
April 19, 2016
R.I.P angel!! You will be forever missed,but never forgotten, we love you so much,rest easy angel!
Tina Taylor
April 19, 2016
As the days and weeks pass, and as you return to life's routine, may you continue to feel comforted by the love and support of family and friends.
Rich & Lida Renoll
April 19, 2016
There are no words to describe how saddened I was to hear this. Elise spent some much time with us in the past and I considered her my other daughter. She was so special, full of life and her spirit will stay with us always. Please know Dylan and I will keep you all in our prayers. We loved her very much and we will miss her. God bless you all.
Marian and Dylan
April 19, 2016
Missy, Joe and family,
I am so saddened by the beautiful life of Elise cut way too short. It reminds us that nothing is promised for tomorrow so we must live for today. When reading all the things that people have said about Elise being out going and free spirited, I am sure that she had that same mindset at a young age. Fly high and RIP sweet angel. I pray for peace and strength for Missy and the whole family.
Sundra
Sundra Shaffer
April 19, 2016
fly high sweet girl. your essence and beauty stay with us always.
Cindy Coble/Kopac
April 19, 2016
A single candle, 100x over, could never compare to the light that shone from this wonderful, unique, special girl. She will be forever missed...
Lara Campbell
April 18, 2016
Showing 1 - 33 of 33 results