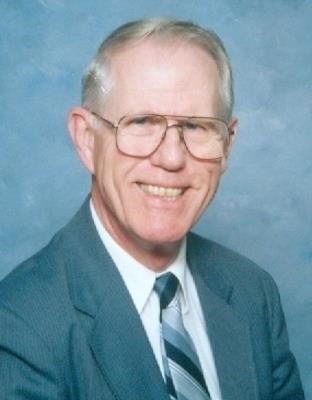 A service will be held at 1:30 p.m. on Tuesday, March 9, 2021 at Advent Lutheran Church, 1775 E. Market Street in York, with a viewing from 1-1:30 p.m. The Reverend Dr. Constance Mentzer will be officiating at the service. Burial will be in Greenmount Cemetery in York, with full military honors by York County Honor Guard. Heffner Funeral Chapel & Crematory, Inc., 1551 Kenneth Rd. in York is in charge of the services.

He retired from Notre Dame College of Ohio in 1994 where he was Vice President for Academic Affairs. After retirement he served as an Adjunct Professor of History at York College for 15 years. He graduated from Thurmont High School in 1948 and was a US Navy veteran serving in the Korean War. Dr. Hartdagen received his B.A. degree from the University of Maryland in 1957 and his M.A. and Ph.D. from Northwestern University. Serving as a faculty member at Lycoming College, Purdue University and Indiana University, he rose to the rank of Professor of History at the latter institutions. He was an American Colonial Historian with numerous publications, primarily on eighteenth century Maryland.

In 1975 he accepted a position as Vice President for Academic Affairs at Concordia College in Moorhead, MN, he followed this by filling the same positions at Wilkes College in Wilkes-Barre, PA and took his final administrative post at Norte Dame College of Ohio in 1988.

In retirement, Dr. Hartdagen was active in the York County Heritage Trust, serving as a member of the Board of Directors for 14 years, as Chairman of the Publication Committee, and as a Docent at the historic sites. He served as a Trustee of the York County Academy and as Vice President and member of the Board of the Yorktown Senior Center. He was a member of Advent Lutheran Church and involved in church activities, including service as President of the Advent Leisure Group. Additionally, he served as President of Chapter 2322 and subsequently of Chapter 3400 of AARP. His hobbies included collecting and reading mysteries and playing Bridge.

In addition to his wife Doris, Dr. Hartdagen leaves two daughters, Dr. Sandra E. Hartdagen and her wife Donna Johnson of Hartford, CT and Kamakshi Hart and her husband William Friday; a step granddaughter, Sierra Friday of Topanga, CA. He is also survived by a brother, Joseph Orendorff of Seven Valleys; and three sisters, Joan Witmer of York, Sharon Carroll of Bowie, MD, and Judith Ritter of Fallbrook, CA

To plant trees in memory, please visit our Sympathy Store.
Published by York Daily Record from Mar. 3 to Mar. 4, 2021.
MEMORIAL EVENTS
Mar
9
Viewing
1:00p.m. - 1:30p.m.
Advent Lutheran Church
1775 E. Market Street, York, Pennsylvania
Mar
9
Service
1:30p.m.
Advent Lutheran Church
1775 East Market Street, York, Pennsylvania
Funeral services provided by:
Heffner Funeral Chapel & Crematory Inc
MAKE A DONATION
Please consider a donation as requested by the family.
MEMORIES & CONDOLENCES
Sponsored by InYork.com.
1 Entry
Jerry was a much loved brother and I have so many fond memories of times spent with him. He will be very missed at good times as our family gets to gather in times to come. I love you, Jerry. May you Rest In Peace. We will meet again.
Joan Witmer
Sister
March 5, 2021