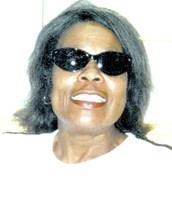 BORN
1945
DIED
2016
FUNERAL HOME
Gladfelter Funeral Home Inc
822 E Market St
York, PA
Hattie Dickson
YORK
Hattie (Mosley) Dickson, 70, was ushered into the presence of God on Monday, April 18, 2016, at the York Hospital. She was the wife of the late Murrey Dickson, with whom she shared over 40 years of marriage.
Born on August 24,1945,in Aiken, S.C., she was the daughter of the late Beatrice (Praylow) and Rev. James P. Mosley.
Hattie attended schools in Aiken, S.C. In earlier years, she was employed by Danskin. She was a very caring and compassionate lady who was a loving wife, mother, grandmother, and sister. Her presence will be deeply missed.
Mrs. Dickson leaves to cherish her memory children, James Dickson (Carolyn), Angelina Dickson, Stephanie McCray (Andre), Murrey Dickson, Jr., and adopted son, Eric Harris, all of York; grandchildren, James Dickson, Jr., Twayne Thomas, Justin Emig, Dana Cooper, Alashia Dickson, Aiyanna Dickson, Jerquan Dickson, Jeremiah Dickson, and Jazz Atterberry, and adopted grandchildren, Demetrise Dillion, Erica Harris, Christina Harris, Eric Harris, Jr., and Natisha Harris, all of York; siblings, Jennie Settles, Rev. Henry Mosley (Willistine), and Secina Toole, all of South Carolina, and Gladys Mosley of York; adopted brother, Roy Anderson, and sister-in-law, Carrie Dickson, both of York; and a host of great-grandchildren, nieces, and nephews. She was preceded in death by her husband; parents; son, Todd Dickson; and sister, Lillie Belle Allen.
The viewing will be on Friday, April 22, 2016, from 9 to 11 a.m. at the Gladfelter Funeral Home, Inc., 822 E. Market St., York. The Celebration of Life Service will begin at 11 a.m. with her brother, the Rev.Henry Mosley, officiating. Interment will be in Mt.Rose Cemetery.
"I thank my God for every remembrance of you."
Published by York Daily Record on Apr. 20, 2016.
To plant trees in memory, please visit the Sympathy Store.
MEMORIAL EVENTS
Apr
22
Viewing
9:00a.m. - 11:00a.m.
Gladfelter Funeral Home Inc
822 E Market St, York, PA
Apr
22
Service
11:00a.m.
Gladfelter Funeral Home Inc
822 E Market St, York, PA
Funeral services provided by:
Gladfelter Funeral Home Inc
MAKE A DONATION
MEMORIES & CONDOLENCES
Sponsored by InYork.com.
6 Entries
It been nearly a year now and it's still hard to believe you are not just a phone call away.
Debra Grier
April 5, 2017
We miss you so much. God, how I miss you so.
Debra Grier
November 30, 2016
Rest in Power cousin Hattie. As you rise to the Heavens a new star is born. - Vikki
April 26, 2016
so sorry for your loss,god bless the family.so sorry angie may god be with you love ms Bessie mayo
bessie mayo
April 22, 2016
Shirley Perry
April 21, 2016
Miss Hattie or mom as many called her was a loving strong feisty woman many loved her n her strong personality she will be missed she touched many people's lives those that knew her will never forget her....she was family to many some of the stories she could tell n her love for the children she was a sweet kind gentle woman very lovable who you could talk to about anything...will miss you ...my condolences to the family n friends she left behind ....God Bless and sending prayers
Steph Adams
April 19, 2016
Showing 1 - 6 of 6 results