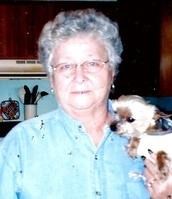 BORN
1947
DIED
2016
FUNERAL HOME
Leroy R Leber Funeral Home Inc
2290 School St
York, PA
Jacqueline D. Anderson
York
Jacqueline D. "Jackie" (Snyder) Anderson, 68, passed away Saturday, May 28, 2016, at her residence. She was the wife of Steven C. Anderson, with whom she celebrated their 34th wedding anniversary on August 8, 2015.
Jackie was born in York on October 6, 1947, daughter of the late Robert Shaw and Hilda Snyder.
She was employed as a materials coordinator for BAE, from which she retired. She was a member Grace Fellowship Church, York New Salem, and a member of the Hanover Street Rod Association.
In addition to her husband, survivors include three sons, Jay S. Robinson of York, Tracy A. Robinson of York, and Joey G. Leuw of Florida; and five grandchildren. She was preceded in death by a daughter, Debra S. Caldwell.
Funeral service will be held 1 p.m. Thursday, June 2, 2016, at Grace Fellowship Church, 1405 Seven Valleys Road, York, PA 17408. A viewing will be held from 11 a.m. to 1 p.m. prior to the service at the church. Burial will be in Susquehanna Memorial Gardens. Officiating services will be her pastor, Michael Anthony.
The LeRoy R. Leber Funeral Home, Inc., 2290 School St., York (Shiloh,) PA, is in charge of arrangements.
Published by York Daily Record on Jun. 1, 2016.
To plant trees in memory, please visit the Sympathy Store.
MEMORIAL EVENTS
Jun
2
Viewing
11:00a.m. - 1:00p.m.
Grace Fellowship Church
1405 Seven Valleys Road, York, PA
Jun
2
Funeral service
1:00p.m.
Grace Fellowship Church
1405 Seven Valleys Road, York, PA
Funeral services provided by:
Leroy R Leber Funeral Home Inc
MAKE A DONATION
MEMORIES & CONDOLENCES
Sponsored by InYork.com.
5 Entries
Steve and family Sorry to hear the sad news, your in my thoughts and prayers. She will forever be in your hearts.

cousin Tina Hartman Miller
June 7, 2016
Steve and Family,
We are thinking about you in your time of sorrow. I'm sure she is in a better place!
George and Linda Gruver
George and Linda Gruver
June 4, 2016
Jackie,I could always count on you for a big smile or laugh.say hello to your little Angel for me.
Denny Smeltzer
June 2, 2016
Jackie, I'll always remember you as a special lady that was a co-worker at Sonnewald.You are greatly missed..RIP Jackie
Mary Euohemia Sauble
June 1, 2016
Aunt jackie,

You will be miss you are a wonderful person you helped me when I was in my worst times in my life you will always be remembered.