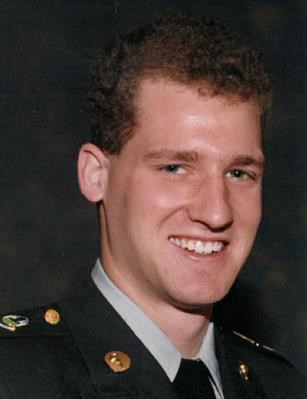 York/Clemson SC - It is with a heavy heart and great sadness that we petitioned the court to have our beautiful son, Jason Andrew Knapp, declared legally deceased. The petition was signed on January 31, 2018.

Jason, had been missing since April 12, 1998, where he was attending Clemson University in Clemson, SC at the time of his disappearance. He was born December 30, 1977 in York, the beloved son of Deborah A. (Lucabaugh) Boogher and John E. Knapp.

He was a 1996 graduate of Central York High School and attended GMI Engineering and Management Institute in Flint, MI for his freshman year. He then transferred to Clemson University in his sophomore year where was majoring in Mechanical Engineering. He was a member of the Army ROTC and had just pledged to the elite Pershing Rifles 4th Regiment, Company C-4 just days before his disappearance.

Jason liked to go mountain biking, target shooting and spending time with his friends. His goal after graduation from college was to be able to work for NASCAR.

He had worked as a busboy at the Keystone Diner in New Oxford during high school and at GM Truck and Bus Group in Baltimore in his freshman year in college.

In addition to his parents, he is survived by his step father, Barry L. Boogher; step sister, Cassandra (Boogher) Terrasi and husband, Christopher; and their children, Zachary, Dominic and Anthony, as well as other extended family members and friends.

A memorial service will be held at 3 p.m. on Saturday, April 14, 2018 at First Church of the Brethren, 2710 Kingston Road, York, with Pastor Keith Hollenberg, officiating. A visitation will be held from 2 to 3 p.m. Saturday at the church. A memorial service will also be held at 2 p.m. Saturday April 21, 2018 at the Military Heritage Plaza at Clemson University, Clemson SC.

We would like to thank everyone who has helped in one capacity or another in our search these past twenty years. We especially want to thank Joan Petruski of the Kristen Foundation for her undying support. We have declared him dead but will continue our search for the truth to find out what has happened to our son.


Published by York Daily Record on Apr. 8, 2018.
To plant trees in memory, please visit the Sympathy Store.
MEMORIAL EVENTS
Apr
14
Visitation
2:00p.m. - 3:00p.m.
First Church of the Brethren
2710 Kingston Road, York, PA
Apr
14
Memorial service
3:00p.m.
First Church of the Brethren
2710 Kingston Road, York, PA
Apr
21
Memorial service
2:00p.m.
Military Heritage Plaza at Clemson University
Clemson, SC
Funeral services provided by:
Geiple Funeral Home
MAKE A DONATION
MEMORIES & CONDOLENCES
Sponsored by InYork.com.
11 Entries
I am sorry for your personal loss. God found him and he is loved by many.
Sharon Sheffer
April 2, 2020
So very sorry for the loss of your son. My thoughts and prayers are with your family.
April 13, 2018
I was searching the OBITS for a friend of mine whose father died on Friday-and I came across your son. I am so very sorry for what you have been through over the last 20 years. I can't even fathom or understand how you made it through each day. My step-son was shot and killed in 2012 @ 21 years old-and although tragic- I now realize how grateful I should be to have seen and touch him one last time. I will be praying for you in hope that you do find Jason someday. Until then-please always know he is in the protecting arms of our Lord, Jesus.
with deepest sympathy,
Kimberly (York PA)
April 9, 2018
Erin Strutt
April 9, 2018
Our prayers are with your family. May God wrap His arms around you and give you peace.
The Sitler Family
April 9, 2018
I didn't personally know you.My mother was taken from me when she was 25. I think about you alot.and will until your family has some kind of knowing what happened or your where abouts.My heart goes out to your family ,because no family should have to go through this.
Tracy Arinsberg
April 9, 2018
Thinking of you and your family during this difficult time. Blessings and comfort for your tragic loss.
Sharon Sheffer
April 8, 2018
Mel Miller-Hoffman
Friend
April 8, 2018
My condolences to the family.
April Gotwalt
April 8, 2018
Prayers for you all in what continues to be a very difficult time. Jason was a schoolmate and friend to me. He had an infectious smile and will continue to be missed. Wherever Jason is now, may the Lord be with him.
Shannon McCall
Friend
April 8, 2018
I didn't personally know you but I prayed for you when you went missing and have kept you in that circle for a long time. RIP Jason......
Deborah Grogan
April 8, 2018
Showing 1 - 11 of 11 results