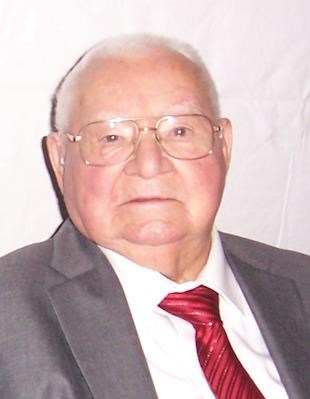 Care North, York, PA. He was the husband of Joyce (Gross) Beshore who he married 72

He graduated in 1943 from Manchester High School in Manchester, PA. He honorably served in the US Army during the New Guinea Campaign of World War II. He worked in sales with Fuller Brush, Electrolux Sales in York and International Paper Company in York Haven. He was also a member of the James A. Danner V.F.W. Post 537 in Etters, PA. Jay enjoyed fishing and crabbing on Chincoteague Island, VA, where he spent countless summers with his family.

In addition to his wife, Joyce, Jay is survived by his sons, Michael Beshore and his wife

Beshore and his wife Zola of Dover, PA; his daughters, Barbara Miller and her husband

grandchildren. Mr. Beshore was preceded in death by his brothers and sisters.

Services and burial for Mr. Beshore will be private. Arrangements have been entrusted to


Published by York Daily Record from Jul. 22 to Jul. 24, 2021.
To plant trees in memory, please visit our Sympathy Store.
MEMORIAL EVENTS
To offer your sympathy during this difficult time, you can now have memorial trees planted in a National Forest in memory of your loved one.
Funeral services provided by:
Diehl Funeral Home & Cremation Center Inc
MAKE A DONATION
MEMORIES & CONDOLENCES
Sponsored by InYork.com.
3 Entries
I am sorry to learn of my cousin Jay's passing and send my condolences to his family. His aunt Elsie was my grandmother, and I know he was last of my great-uncle Clarence's children. I have fond memories of visiting them all on the farm when I was young.
Wayne Strasbaugh
Family
September 10, 2021
Sorry to hear of Uncle Jays passing...we have many many awesome memories with by him & his family, you certainly steamed the best crabs I´ve ever eaten. Sympathy to Aunt Babe & all of my cousins.
Candy, Kyle & KyLynn Lauer
Family
July 27, 2021
Heart felt sympathy.
Evelyn Trowbridge Cone
Friend
July 23, 2021
Showing 1 - 3 of 3 results