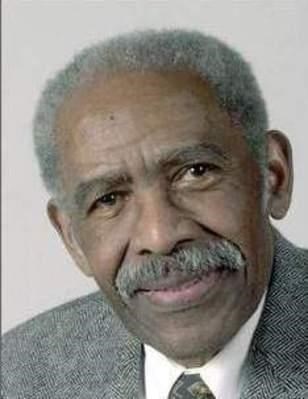 Born October 31, 1926 in Indianapolis, IN, he was a son of the late Louis J. and Marion E. (Brabham) Douglas. Mr. Douglas was the first black electrical engineer in the USDA Rural Electrification Administration in Washington, DC (1948-1956), helped to found the electrical engineering department at Southern University in Baton Rouge, LA (1956-1964), and worked for American Machine & Foundry in York (1964-1966). During his career with Penn State University (1966-1987), Mr. Douglas was an associate professor of electrical engineering and served as associate dean for commonwealth campuses. He received the Lindback Award for Distinguished Teaching in 1972 and was a graduate of the University of Missouri, Columbia (MSEE) and Purdue University, West Lafayette, IN (BSEE).

Mr. Douglas served as a member of the final class of the U.S. Army Air Corps Tuskegee Airmen during WWII.

Mr. Douglas was a member and Elder of First Presbyterian Church of York and a Life Senior member of IEEE. In conjunction with Penn State York, he founded the Mathematics Opportunities in Engineering, Science and Technology (MOEST) tutoring program. He served as president of the York NAACP, the Community Progress Council, and as a board member of Crispus Attucks Community Center, and York Hospital.

In addition to his wife, Mr. Douglas is survived by their four children: Marian Douglas-Ungaro, and spouse, Carlo, of Washington, DC and Rome, Italy; Joseph F. Douglas, Jr., and spouse Ana (Kellerman), of Anchorage, AK; Marie A. Douglas, of San Rafael, CA; and Barbara J. Douglas, of York; four grandchildren; three great-grandchildren; cousins, nieces, and nephews; and a sister, Opal (Douglas) Hood, of Indianapolis. He was preceded in death by a brother, Louis R. Douglas, and a sister, Jean E. (Polley) Spears, both of Indianapolis.

Bruce M. Broadbent, Ph.D.
February 6, 2019
I fondly remember Mr. Douglas! I was blessed to know him and Mrs. Douglas when I was employed as the Director of the Crispus Attucks Sr. Center. My prayers to the family of Mr. Douglas. May the Lord comfort and strengthen you.
Michelle Hall-Ramos
February 3, 2019
My condolences for your loss. May fond memories and the love of family and friends comfort you during this difficult time. Jeremiah 29:11.
kj
January 30, 2019
Uncle Joe lived his Life well. I know he will be missed. All of you,especially Aunt Edna, are in our prayers and thoughts at this time. May the Lord bless and give you Peace
Rhonda Nichols-Wyche
January 28, 2019
Sorry for your loss Mrs.Edna Douglas. Prayers to you and family.
Mildred Curtis
January 28, 2019
May God bless you and your family in this time of sorrow.
Richard Elder
January 28, 2019
I'm sorry to hear about your loss. I met Mr.and Mrs Douglas when they live at Country Meadows. They were a very nice couple. When they come down to the dining room Mr. Douglas always had his coffee. He was so nice to us and we appreciated having them down at Country Meadows he will be well missed. He would talk to us about his life and it was so interesting. My thoughts and prayers go out to the family and friends I remember when Barbara used to come down to visit them and she would eat with them Barbara was a very good daughter to them. He will always be remembered at Country Meadows.
Tina Heilman
January 26, 2019
Mr. Douglas made the world a better place. Deepest condolences.
Robin Everhart Van Lew
January 26, 2019
My condolences to the Douglas family. May God's love comfort all of you.
Lisa Kroeker
January 25, 2019
To the Douglas family, Our heart goes out to all of you. May God Bless you & give you strength. Sincerely, Marcella (Marcy Carr -Eady) & the rest of the Carr Family
Marcella Eady
January 25, 2019
Dear "Miss Edna", Barbara, & family: You have our deepest sympathies in the loss of your beloved husband, father, & grandfather. Mr. Douglas was a very special man & we are honored to have had him (& you) as our neighbor & friend. May you find peace & comfort in Christ, knowing that he safely rests in the precious arms of Jesus. God bless you all. With love & fond memories;
Lori, Jeff, & Ryan Crouse
January 25, 2019
Showing 1 - 11 of 11 results