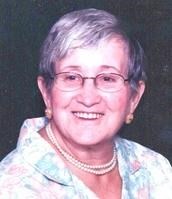 BORN
1937
DIED
2016
FUNERAL HOME
Leroy R Leber Funeral Home Inc
2290 School St
York, PA
Lorene M. Trimmer
New Oxford
Lorene M. (Ausherman) Trimmer, 79, passed away Friday, August 19, 2016, at the York Hospital. She was the wife of the late Rodney W. Trimmer. She lived in Shiloh on a farm all her life.
Mrs. Trimmer was born in York on July 14, 1937, daughter of the late Herbert and Thelma (Jacobs) Ausherman.
She was employed as a seamstress for Danskin and later retired from York Hospital after 20 years of service as an operating room runner. Lorene volunteered in the Bee Hive Thrift Shop at the Brethren Home Community, Cross Keys Village. She was the recipient of the 2009 President's Volunteer Service Award and the 2010 Cross Keys Village – Brethren Home Community Founder's Club Distinguished Volunteer Service Award.
Lorene and her husband, Rodney, enjoyed old cars and hot rods. He and their sons built a street rod just for them. They were active in multiple street rod clubs and traveled with those clubs to events all over the area. After Rodney's passing in 2000, Lorene stayed active in those clubs. In 2006, she was the recipient of the Mid-Atlantic Street Rod Association Lady Rodder of the Year Award.
Memberships include National Street Rod Assoc. (NSRA), Motor Menders and the Hanover Street Rod Assoc. She also volunteered for NSRA at the Street Rod Nationals East
Survivors include two sons, Keith A. Trimmer and his companion Cathy A. Utz of Mt. Wolf and William R. "Bill" Trimmer and his companion, Brenda L. Martin of York; four brothers, Wayne, Thomas, Donald and Michael Ausherman, all of York; and a sister, Darlis Parker of York; numerous nieces and nephews.
Funeral service will be held at 10:30 a.m. Wednesday, August 24, 2016 in the Nicarry Meetinghouse in Cross Keys Village, 2990 Carlisle Pike, New Oxford. Officiating will be Rev. Linda S. Titzell. There will be a viewing from 9:30 to 10:30 a.m., prior to the service. Final resting place will be in Shiloh Cemetery.
At the request of the family, in lieu of flowers, memorial contributions may be made to the Good Samaritan Fund at the Brethren Home Community, 2990 Carlisle Pike, New Oxford, PA 17350.
The LeRoy R. Leber Funeral Home, Inc., York (Shiloh), were entrusted with the arrangements.
leroyleberfuneralhome.com
Published by York Daily Record on Aug. 22, 2016.
To plant trees in memory, please visit our Sympathy Store.
MEMORIAL EVENTS
Aug
24
Viewing
9:30a.m. - 10:30a.m.
Nicarry Meetinghouse in Cross Keys Village
2990 Carlisle Pike, New Oxford, PA
Aug
24
Funeral service
10:30a.m.
Nicarry Meetinghouse in Cross Keys Village
2990 Carlisle Pike, New Oxford, PA
Funeral services provided by:
Leroy R Leber Funeral Home Inc
MAKE A DONATION
MEMORIES & CONDOLENCES
Sponsored by InYork.com.
5 Entries
Keith, Bill, & family,

So sorry we could not be there for the services! Your Mom and Dad have always been very special to us. We will never forget travelling to one of our first rod runs with them in WV in the late 80's. Lorene was a one of a kind person! We will always remember her laugh!