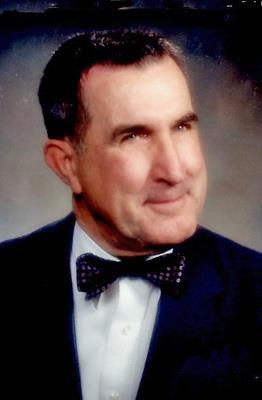 Luther served in the US Navy during WWII in the North Atlantic and Mediterranean from 1943-1946.

He was a 1943 graduate of William Penn Senior High School. He received his BA from West Chester State Teachers College, MA from Western Maryland College (now McDaniels College), and his Ph.D. in Education from the University of Pennsylvania.

In addition to his wife, he is also survived by his 3 daughters, Jessica A. (Sowers) Jones and her husband, Michael, Kathryn S. Sowers, and Mary E. Sowers all of York; 2 grandchildren, Megan E. (Jones) Morningstar and her husband, Jerry and Kurt M. Jones and his wife, Brittany; and 5 great grandchildren. He was preceded in death by his brother, Paul A. Sowers who was lost at sea during WWII.

A memorial service will be held Friday, November 2, 2018 at 11:00 a.m. at Advent Lutheran Church, 1775 E. Market Street, York with his pastor, the Rev. Daniel V. Biles, officiating. A private burial will be held in Mount Rose Cemetery.

In lieu of flowers, memorial contributions may be made to Advent Lutheran Church, 1775 E. Market Street, York, PA 17402 or to a charity of your choice.

Published by York Daily Record on Oct. 31, 2018.
To plant trees in memory, please visit the Sympathy Store.
MEMORIAL EVENTS
Nov
2
Memorial service
11:00a.m.
Advent Lutheran Church
1775 E. Market Street, York , PA
Funeral services provided by:
Etzweiler Funeral Home
MAKE A DONATION
Please consider a donation as requested by the family.
MEMORIES & CONDOLENCES
Sponsored by InYork.com.
11 Entries
Luther will be missed by everyone who knew him. He was a great teacher and certainly a pillar of the community. I'm glad to have known him over the years. He always had kind words and a positive outlook to share.I wish his family the strength to cope with his passing.Sincere condolences
Robert Timmermans
November 6, 2018
Dr. Sowers was a good man and a gentleman.
I met him through the late Judge Cassimatis. We served together on the Advisory Board to the York County Juvenile Courts for many years. As many have noted, he was also a mentor and inspiration to me!! He always called me, Counselor Krier.
Dr. Sowers was also a loyal life member of the York Elks Lodge and supported our efforts as a lodge to support and improve the York community.
I will miss the annual calls from Dr. Sowers for the turkey sandwiches for the Historical Society!! I received this year's call and returned it but learned that he was in the hospital!!
Dr. Sowers -- a long life, well lived!!!
Blessings to his family and friends!!
Kirk -- Your letter to Grandpa was WONDERFUL!!
Barbara Krier
November 3, 2018
Another pillar at Advent has fallen.
My sincere condolences to his family.
Leslie Bentz
November 2, 2018
Mrs. Sowers: My condolences to you and
your family. What a wonderful man
Luther was.
CAROL SCHINTZ
November 2, 2018
Our prayers are with you at this sad time. He will be a loss to the whole commmunity
Call us if you need anything
John Toung
November 2, 2018
Thoughts and prayers are with the family. Luther was a friend to my mom and dad. Deepest condolences.
Myrna Barnes
November 1, 2018
My sincere sympathy to Dr. Sowers family. With his enthusiastic help, I was able to finally obtain a job in education.
I recall him answering his own phone often while he was a school superintendent....that's unheard of nowadays.

Cathy Wagaman
November 1, 2018
My sincere condolences to Dr. Sowers Family. I was secretary to Dr. Hupper and always enjoyed my conversations with Dr. Sowers.
Jane Bubb
October 31, 2018
My sincere sympathy to Luther's family. He was a steward of his church, community and schools. All of us have memories of his life so well lived. God Bless all of his family.
Patricia Walters
October 31, 2018
My sincere condolences to Dr. Sowers family and loved ones. There will never be a person who could
possibly replace such a civic minded and community
oriented person. I don't believe there were many boards left that he didn't serve on. His family can be
so proud for he surely made an impact on every board he served and all the people he crossed paths with during his years as a teacher and educator. What a wonderful person he was.
Richard Zeigler
October 31, 2018
So many memories of a life well lived!
He will be missed by MANY!
Thoughts and prayers to the family.
Marlene Corcoran
Marlene Cocoran
October 31, 2018
Showing 1 - 11 of 11 results