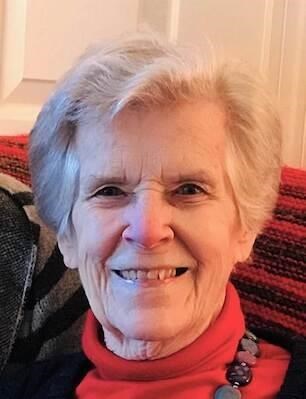 Mary Elizabeth graduated from York Collegiate Institute -York County Academy in 1941 and from Middlebury College in 1945. She married Bruce McClellan in 1946 and accompanied him through his final term at Williams College, his first year of teaching at Deerfield Academy, his two years as a Rhodes Scholar at Oxford, and his return to Williams in an administrative position before arriving at The Lawrenceville School where he became an English teacher in 1950. In 1953, they were promoted to be Head of House and wife at Hamill House. In 1959, Bruce became Head of School, a position he held and Mary Elizabeth supported in every possible way including entertaining and traveling widely until their retirement in 1986. Mary Elizabeth was a proud honorary member of seven Lawrenceville classes and the grandmother of two Lawrentians.

In addition to raising three children, Mary Elizabeth was the founder of Parents at Lawrenceville, an Elder of the Presbyterian Church of Lawrenceville, and a founder of the Artisans Guild at the Princeton YWCA, later serving as a YWCA board member, chairing the fundraising effort to purchase Bramwell House. She authored Felt- Silk- Straw, Handmade Hats, Tools and Processes for the Bucks County Historical Society of Doylestown, Pennsylvania.

After moving to New Hampshire in 1986, she served on the board of the Monadnock Community Early Learning Center and the Garden Club of Dublin, following her deep interests in Horticulture and Conservation. She also served as a Reiki practitioner at the Monadnock Healing Arts Center in Jaffrey. In more recent years at RiverMead, she served as secretary then president of the Resident's Council. Her essay, "My New Life Without a Car" was published in the Northern New England Review. She also served as the correspondent for her Middlebury class of 1945 and Class Secretary for the Class of 1947 of the American Association of Rhodes Scholars. She was an avid knitter and gardener throughout her life.

A service of remembrance will be held at a future date. In lieu of flowers, please make a donation in memory of Mary Elizabeth to The Lawrenceville School, or the charity of your choice.

To share a memory or offer condolence on his memorial page please visit www.cournoyerfh.com for more information.


Published by York Daily Record from Feb. 16 to Feb. 17, 2021.
To plant trees in memory, please visit the Sympathy Store.
MEMORIAL EVENTS
To offer your sympathy during this difficult time, you can now have memorial trees planted in a National Forest in memory of your loved one.
Funeral services provided by:
Cournoyer Funeral Home & Cremation Center
MAKE A DONATION
Please consider a donation as requested by the family.
MEMORIES & CONDOLENCES
Sponsored by InYork.com.
2 Entries 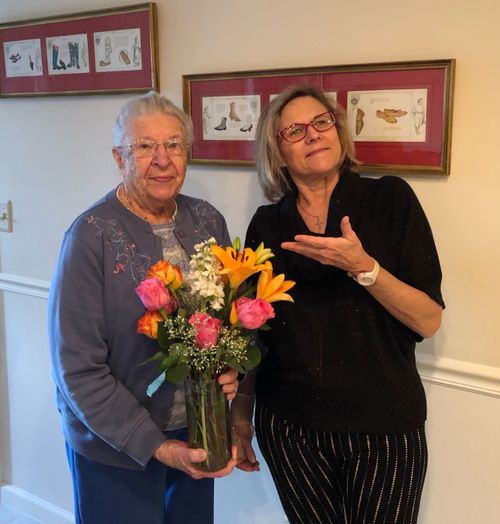 I have followed the anazing adventures of the McClellan family and been fortunate enough to
Learn so much from ME. My mother Mary Skold, treasured the correspondence she had with her dear York friend. I experienced visits with them during the summer, and on occasion saw them at Lawrenceville. I can speak for my mother, as well, that the friendship they had kept rich memories alive through the years. To all the family, we know your loss is great. My mother lost an amazing friend, two peas in a pod at 97 years old.
Salome Prickett
Salome Prickett
Friend
February 23, 2021
Offering our deepest condolences at this difficult time.
The Cournoyer Family
February 21, 2021
Showing 1 - 2 of 2 results