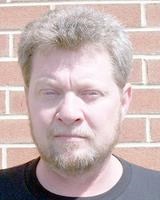 So sorry to hear about Randy. I have fond memories of your family from "back in the day". Thoughts and Prayers with you all!
Cindy Little
May 23, 2017
To my husband my friend my partner I will miss you so much I don't know how I'm going to live with out you ,you are my world till we meet again. I'll love you forever. My heart is broken.
Sherry Jones
May 21, 2017
To Sherry, Brandon, Jonathan and Family. So sorry to hear of Randy's passing. May God continue to provide His comfort and peace during this trying time of life.
Ps 91
PCC Prayer Group
May 20, 2017
Sherry and family our love , prayers, and thoughts are with you. Satch and I have wonderful memories spending great times together with you and Randy. RIP dear friend.
Robin and Gene (satch) Sanders
May 18, 2017
Randy
You will be missed I remember the x-mas eve party's running into you the year we came to ur house 2 yrs ago and how I could not open a wine bottle and you had to show me dah you were loved .
RIP Randy
Joe & pam rivera
Pamela Rivera
May 18, 2017
OUR THOUGHTS AND PRAYERS ARE WITH SHERRY AND FAMILY MEMBERS-TERRY & BECKY WAMPLER
May 18, 2017
RIP Randy
Scott and I always loved you and you will surely be missed
To Sherry and the family we are sending many thoughts , prayers, hugs and much love
May God Bless and comfort you during this difficult time
Love always Scott & Tina
Tina and Scott Seipple
May 17, 2017
Rest in peace ole friend.
Kimberly Baker
May 17, 2017
Randy a true. tried and tested Union man of the IAM. Thank you for the thousands of people whose lives you enriched by representing them in collective bargaining and in servicing their contracts. Thank you for the many positions you held in the labor movement. The Union, the labor movement and I will personally miss you. To your family thank you for sharing Randy with his union brothers and sisters. All my best. George Poulin.
george poulin
May 17, 2017
Sherry, I am so sorry for your loss. I'm glad I had the chance to meet both of you. My thoughts and prayers are with you and your family during this difficult time.
Ashley 7 south
May 17, 2017
Love you cuz. I always got a kick out of your "say it like it is" and "tell me how you really feel" attitude in life. (Reminds me of a few other Erickson family members).
Your grandbabies are adorable.
Miss you already. Tell Grandma, Grandpa, Rick and Jennifer hello and give them hugs for me.
Karen Johnson
May 16, 2017
You will be dearly missed by many here but I can say heaven sure has gained an angel!! I'm happy to have gotten to grow up with your sons like the brothers that I never had. You and Sherry mean more to me than you will ever know. I'll never forget when we were kids and yous went to the Bahamas and brought us kids back straw hats! Thanks for everything over the years. Until we see each other again I love you Randy! PS if you happen to see mom and dad up there give them a hug for me when you "sit at the kitchen table to catch up" xoxoxo
Tiffany Snedegar
May 16, 2017
Brandon and Family So sorry for your loss. He will be missed. He loved his Grandchildren very much and they Love their Pappy. Prayers and hugs to the Family.
Eva Smith
May 16, 2017
The kids miss you so much, Dad. The last few weeks were rough, but you were so strong. Still smiling until the very end. Thank you for passing on your laughter to my husband, and my son. I will always think of you EVERY time they laugh. And "just for the record," I love you, too!
Desiree Jones
May 16, 2017
Showing 1 - 15 of 15 results