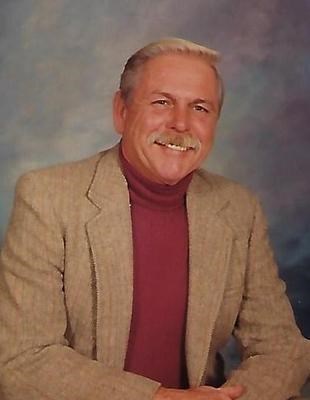 York - Richart S. "Dick" Everhart, 83, passed away peacefully Monday, July 2, 2018 at York Hospital with his loving family by his side. He was the husband of Barbara L. "Barb" (Brown) Everhart with whom they celebrated their 65th wedding anniversary on February 21st.

Mr. Everhart was born in York on Sunday, August 19, 1934, son of the late Frank Everhart and the late Thelma (Suereth) Everhart Naylor.

Dick served his country honorably in the U.S. Navy Reserve. He was employed by Progressive Type for more than 30 years and most recent by the York County Court House as a Tip Staff for 18 years, retiring in 2016.

Funeral service will be 4 p.m. Sunday, July 8, 2018 at Mt. Zion United Church of Christ, 1054 Ridgewood Rd., York. Officiating will be his pastor, Rev. Danielle Neff and Associate Pastor Jeff Kardisco. There will be a viewing Sunday from 2 to 4 p.m. prior to the service at the church. Burial will be private.

At the request of the family, in lieu of flowers, please make memorial contributions to Mt. Zion United Church of Christ, 1054 Ridgewood Rd., York, PA 17406.

With sympathy
Denny O
July 22, 2018
Doug WARD
July 8, 2018
What a kind gentleman! He was a bright spot at the court house!! We were privileged to share a pew with Dick at Mt. Zion UCC. North York is proud to claim him as their own!!! Barbara Krier and Lynwood Schleeter
Barbara Krier
July 5, 2018
So sorry to hear of Dick's passing. Our prayers go to him and the family he leaves behind. Pam and Kevin Kerker
July 5, 2018
Very sorry for your family's loss. I was friends with Gary and knew Dick thru him and other East Berlin friends. Such a nice person..Also Shelby and I are friends and work together, my condolences to you and your family also. Sincerely Deb
Deb Meyers
July 5, 2018
Gretchen Garrett
July 5, 2018
Vickie, You and your family are all in my thoughts as you go through such a sad time.
Brenda Elliott
July 5, 2018
Prayers for the family. One of the nicest person at the I have ever met.
Mildred Gerver
July 5, 2018
Showing 1 - 8 of 8 results