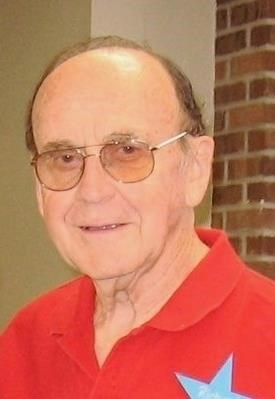 Born in New Freedom he was a son of the late Stewart and Treva (Shive) Nace. Richard was a 1953 graduate of Susquehannock High School and enjoyed travel, reading, coin collecting and gardening. He spent his career working 48 years for True Value Hardware as the store manager in New Freedom and Loganville. In his younger years he worked for Al George at the New Freedom Lumber Company, Penrose Taylor on his farm and Reliance Motor Coach Company. Richard was a kind and humble man who never met a stranger and always cared about others before himself. He served his country in the U.S. Army as a heavy vehicle truck driver and was a member of St. John Evangelical Lutheran Church in New Freedom where he was active on church council, life member of Rose Fire Co, New Freedom Sewer Authority and the New Freedom Cemetery Association for many years. He will be truly missed by all who knew him.

Memorial contributions may be made to St. John Evangelical Lutheran Church, P.O. Box 25, New Freedom, PA 17349 in his memory.


Published by York Daily Record on Apr. 21, 2018.
To plant trees in memory, please visit the Sympathy Store.
MEMORIAL EVENTS
Apr
23
Viewing
5:00p.m. - 8:00p.m.
Hartenstein Funeral & Cremation Care, Inc.
24 N. Second Street, New Freedom, PA
Apr
24
Viewing
10:00a.m. - 11:00a.m.
St. John Evangelical Lutheran Church
PA
Apr
24
Funeral service
11:00a.m.
St. John Evangelical Lutheran Church
175 E. Main St., New Freedom, PA
Apr
24
Interment
New Freedom Cemetery
PA
Funeral services provided by:
Hartenstein Funeral & Cremation Care, Inc.
MAKE A DONATION
MEMORIES & CONDOLENCES
Sponsored by InYork.com.
6 Entries
May God bless you and your family in this time of sorrow.
April 25, 2018
The Wolfe Family wish to express our condolence
to all members of Richard Nace's family. Richard was truly one of the good guys.
Burl and Doris Wolfe
April 23, 2018
Prayers and LOVE A true friend and support.
A real asset to have known and worked with.
Karen Beck-Harpole
April 23, 2018
Sadly another long time neighbor of mine has passed. I went to school with his one nephew, Scott Hittie. I grew up on North Constitution Avenue and I moved back to my family home in 2000. I sometimes would see him outside if I walked past his house in years past.
April 22, 2018 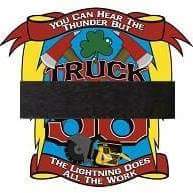 To The Nace Family I Am So Sorry To Hear About Your Father God Bless
Mark Kusner
April 21, 2018
I knew Richard for years & am sure he will be missed & loved by many. May God give all in the family peace at this time Dagmar & Michael York Pa.
Dagmar Wirz
April 21, 2018
Showing 1 - 6 of 6 results