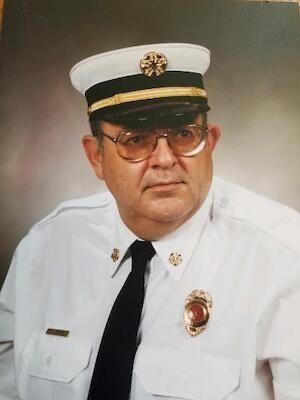 York - Richard P. "Rick" Steinfelt,73, passed away Sunday, June 21, 2020 at York Hospital. He was the husband of Nancy M. (Clineburg) Steinfelt with whom he celebrated their 49th wedding anniversary on September 26th.

Mr. Steinfelt was born in Dallastown on July 8, 1946, son of the late Joseph and S. Elizabeth (Eck) Steinfelt.

Rick was employed by Precision Components as a tool and die maker and a cost estimator from which he retired. He also worked for the Shiloh Water Authority for many years and the Selective Service Board for over 20 years.

He was a member of the Shiloh Fire Co. and served as Chief from 1998 to 2004 in addition to holding other offices within the fire company.

Rick was a member of St. Rose of Lima Catholic Church, York and served as a Lecter for several years. He held a seat on the York County Election Board and was a member of the former Golden Nuggets Senior Citizen Group.

In addition to his wife, survivors include two children, Deslynn E. Ropp and her husband Ernest and Paul R. Steinfelt and his wife Tina, all of York; four grandchildren, Alivia, Ethan, Marcus and Ava; four siblings, Joseph Steinfelt of Yoe, Rosemarie Hivner of Red Lion, Thomas Steinfelt of Red Lion and Jane Rutledge of Dallastown; several nieces and nephews.

The family has requested memorial contributions be made to the Shiloh Fire Co., 2190 Carlisle Rd., York, PA 17408.