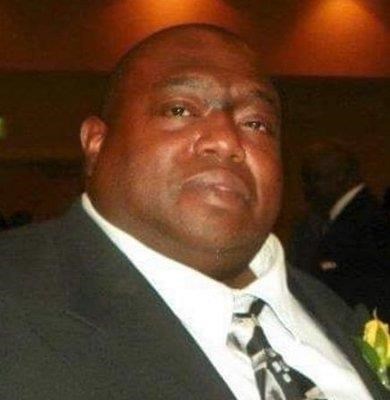 Rodney O'Neal Washington, the son of Benjamin and Shirley Washington, was born November 30, 1966 in York, Pennsylvania. He was a beloved basketball coach to many different leagues throughout York County. In 1984, Rodney graduated from William Penn Senior High School, in York PA, and later attended Thaddeus Stevens College of Technology. After earning his Heavy Equipment License, he used his skills and talents to help the family business, Washington and Dowling Contractors.

At fifty-three years of age, Rodney transitioned from this life into eternal life on Tuesday, March 24, 2020. Along with his parents, his legacy and love will be missed by his maternal grandmother, Lena Mae Sherman, Bamberg, SC; his beloved children: Ashley (Tyree) Ruffin, Landsdale, PA, Barton Ruffin, Tequila Ruffin, K'ron Washington; and Yesaya Cisse, whom he helped raised as his son; grandchildren: Khaliq, Bryson, Tahjai, Te'Quari, Triniti, and Jordyn; siblings: Sherry Roland-Washington (Steve), Crissy Washington, and Stacy Washington (Ti'Waun); niece Nylah; nephews: Steven, Jeremiah, and Asher; and a host of Uncles, Aunts, Cousins, and Friends. Preceding him in his transition were his paternal grandparents: Nathaniel and Olive Washington and his maternal grandfather, James Ford, Sr. There will be a private service for immediate family members. See www.wallacefd.com for full obituary and guest book.


Published by York Daily Record from Mar. 27 to Mar. 28, 2020.
To plant trees in memory, please visit the Sympathy Store.
MEMORIAL EVENTS
To offer your sympathy during this difficult time, you can now have memorial trees planted in a National Forest in memory of your loved one.
Funeral services provided by:
Wallace Funeral Directors Inc
MAKE A DONATION
MEMORIES & CONDOLENCES
Sponsored by InYork.com.
10 Entries
We just learned of Rodneys passing. We are so sorry to hear this. He was such a nice guy and coworker.
Bill Fisher
Work
June 30, 2021
In loving memory of a wonderful person. We will love you and miss you always.
Mr. Moore
Classmate
April 9, 2020
Ben, Shirley and family, so sorry to hear of Rodney's passing. Prayers for the family. Former Philadelphia Street neighbors, George and Anita Herman
Anita Herman
Acquaintance
April 2, 2020
Good Friend and Excellent Cousin rest in peace.
David Parker
March 28, 2020
Rip cousin You will be missed. My condolences to Uncle Ben Aunt Shirley my cousins and the rest of family. Love Marsha Brown
Charlotte NC.
Marsha Brown
March 28, 2020
Sending my Condolences to the Washington family for the Lost and Legacy of Rodney I pray that you will grab a hold of God unchanging hand & know he will bring you through this.Rodney has been my friend for years we had some good times together out Pway the buick crew would pull up& we would ride all around York having a ball Rest In Peace my Friend you will forever be missed.
Love your friend Neicy Deshields (Bowens )
Denise Deshields
March 28, 2020
Sincere condolences and heartfelt sympathy to the entire Washington family for the loss of Rodney. Strength peace and comfort be given to you during this time of grief
Tud Brown
March 28, 2020
You will be truly miss
American legion Post 127
March 28, 2020
My deepest condolences to the family. I always enjoyed talking with Rodney he was super nice guy
. He will be very much missed. My prayers are with you all. At such a very difficult time.
Joann Kennedy
March 28, 2020
My friend! Big Boom! Peace
steven allen
March 27, 2020
Showing 1 - 10 of 10 results