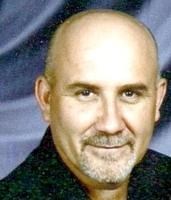 I am so sorry that you are and the girls have had such a crushing loss in your lives. I pray God's healing hand guides you through this most difficult time. I will continue to pray for you, the girls and the entire Poff family. ~ Tama
Tama Allison
March 24, 2016
Dear Sonny, Tim and Kevin and the whole Poff family. What a shock to hear of Steve's passing! What a great guy. So much fun for me to have coached Steve and played against him and with him just over s year ago. He will be greatly missed.

Mike Bacon. Land o Lakes Florida
March 22, 2016
Prayers for Steve and his family! A lot of great memories on and off the ball field! May you rest in peace!
Coy Contres
March 19, 2016
Dear Dottie and Sonny and family,
I was so sorry to read of Steves passing. My deepest sympathies. May his soul rest in peace.
Sandy Roehrig
March 18, 2016
Jim Schwertzler
March 18, 2016
My condolences to all the Poff families
Jim Schwertzler
March 18, 2016
May the love of friends and family carry you through your grief.
BARRY STEIN
March 17, 2016
My deepest sympathy to you Dena, the girls and the whole family. What a million great memories you and the girls will have to hold on to through the rest of your days. God give you the strength needed to muddle through the transition of your loss. When I think about you guys I smile because that is how I remember all of you. HAPPY! I have a vision of Steve running down memory lane chasing something that blew from your yard. You were truly blessed with your family. God bless all of you. Sending you lots of hugs from Florida. You are all in my prayers
Kathy
Kathy Vaught
March 17, 2016
Stewartstown Vets Baseball
March 17, 2016
Jamie & Brad Miller
March 16, 2016
I met Steve after he started working at Johnson Controls. A nicer man you could never meet. A hard worker who was always at his work area. He was very conscience about his work and doing it right . Prayers to the family. He has been and will be missed here at work. Keith Kinard
Keith Kinard
March 16, 2016
Dear Dena and family,

Please accept our sincere sympathy. We will always hold the memories of Steve and your wonderful family close in our hearts.

With love,
Wilma Downs and family
Wilma Downs
March 16, 2016
Bill and I would like to offer our condolences to you and your family. Our thoughts and prayers are with you!
Cindy Snyder Renwick
March 16, 2016
I'm so deeply sorry I have seen the strength and bond you all have as a family and it is remarkable. May you find peace and comfort with all your memories and with one another. Much love to you all.
Bonnie Brown
March 16, 2016
Dear Dena and family: I am so deeply sorry for the loss of Steve. May God hold you in his loving arms and help you find peace in these difficult times. May all of the wonderful memories of a lifetime of love and happiness sustain you and yours. Keeping you in my thoughts and prayers. God be with you!
Tamara Howard Becker
March 15, 2016
Our deepest sympathy goes out to your family on the loss of your son. Sonny and Dottie we are praying for you at this time. Dick and Sandy Gilbert-Abel (Trish's mom)
Sandra Gilbert=Abel
March 15, 2016
Steve was one of the nicest guys guys to work with at johnson controls. My deepest sympathy and condolences to his family.
Bill Strickhouser
March 15, 2016
We are so sorry for your loss. Steve will be missed by so many people. We will keep your family in our prayers. Stay strong!
Chris & Kathy Seitz
March 15, 2016
My thoughts and prayers are with you during this very difficult time. May God grant you peace and strength until you meet again.
Bonnie Wheeler
March 15, 2016
Our deepest sympathy to Dena and family. I know he will be missed very much.

Christa Wagman and Tyler Crawford
Christa Wagman
March 15, 2016
Dena, Kathy and I are so saddened to hear about Steve. We are here if you or the girls need anything, so please don't hesitate to ask. We are all saddened by this, but know that Steve is not in any more pain and in a better place.
Dave Druck
March 15, 2016
Dena and girls, our thoughts and prayers to you during this difficult time. May God give you strength to move forward while you grieve the loss of your treasured husband and father.
Tracy and Amanda Eveler
Tracy Eveler
March 15, 2016
The Poff Family-
I know Steve will be greatly missed. All of you are in my thoughts and prayers. May God grant you comfort at this time...and always.

Karen (Emenheiser) Grimm
Karen Grimm
March 15, 2016
Grief can be so hard, but our special memories help us cope. Remembering you and your loved one today and always.
Jeff Keller
March 15, 2016
Continued prayers for the difficult days to come. You are in our thoughts and prayers ! Lisa & Shawn
Lisa Hall
March 15, 2016
Dena, my heart and prayers go out to you and your family. May Steve rest in peace and you and your girls be comforted with your happy memories.

Denise (Hynoski) Mauzy
Denise Mauzy
March 15, 2016
A great husband, father, brother, uncle, son and friend will be missed but never forgotten. Prayers to you all. Dena, Kira and Kylie we love you.
Thom, Kathy and Tatiana Conley
March 15, 2016
I'm truly sorry to have heard of Steves passing.
I had the pleasure of playing baseball with him and his brother Tim, 40 years ago at the Yorkanna ball field.
He was a great kid then and having known the family knew that he had to have been a great man.
May he rest in peace
Andrew S Knaub
March 15, 2016
Our deepest sympathy to the family in your loss. Keeping everyone in our thoughts and prayers. God's Blessings!
Carl & Sharon Hilt
March 15, 2016
Dena, sending prayers to you and the girls to help guide you through this difficult time. Love to you all.
Lynnette & Chris Baker
March 15, 2016
Condolences to the Poff family
Mark Keller
March 15, 2016
So sorry for your loss of Steve. Prayers.

Scott Wallick and Family
Phoenix AZ
Scott Wallick
March 15, 2016
We're very sorry to hear of Steve's passing. May God Bless Dena, Kira, Kylie, Tim, Kevin, Missy, Sonny, Mrs. Poff and all the family and friends. Steve was a great guy and will be missed by us all. Rest in Peace, our friend.
Chad Kennell & Stacey Long
March 15, 2016
Dear Poff Family,
My deepest condolences to all of you. Steve was such a great person, always smiling. I knew Steve as a kid growing up and playing baseball with my brothers. I will keep the family in my prayers. I will miss "Poffy" and his smiling face. RIP Poffy.
Sally Stump Cash
March 15, 2016
Sally Cash
March 15, 2016
Dena and family, I am so sorry for your loss. Steve fought hard but God had other plans for him. I know he is in a better place where there is no pain. You still have all your great memories. May God bless and help you all through this sorrowful time. You will be in my thoughts and prayers, as always. Amy Hedrick
March 15, 2016
Our sincere condolences to Dena, Kira, Kylie, Tim, Kevin, Missy, Sonny, Dorothy and all the family and friends of Steve during this time of sorrow. May God be with you all. Steve was a great guy and will be missed by all that knew him. May you all take comfort knowing he's strolling Heaven's ball diamonds with those that went before him.
Conrads Baseball Club
March 15, 2016
Dena,
Brad and I are sorry to hear of Steve's passing. You, your daughters and your family will be in our thoughts and prayers. Blessings. Patty
Patty Runkle
March 14, 2016
Dena, girls, and family,
There are not enough words to describe how proud I am of all of you. Your love and support for Steve was incredible.
I'm praying for peace, comfort, and rest as you move forward.
Sharon Taylor
March 14, 2016
Showing 1 - 39 of 39 results