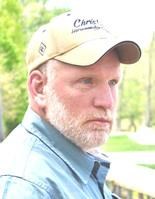 BORN
1966
DIED
2017
ABOUT
Red Lion Area Senior High School
FUNERAL HOME
Life Tributes by Olewiler & Heffner Funeral Chapel & Crematory, Inc.
35 Gotham Drive
Red Lion, PA
Walter J. "Butch" Fike, Jr.
FELTON
Walter J. "Butch" Fike, Jr., 50, passed away Friday, January 6, 2017. He was the husband of Darlene M. (Schrum) Fike, to whom he was married 25 years.
A Celebration of Life tribute service will be held at Noon on Thursday, January 12, 2017 at Life Tributes by Olewiler & Heffner Funeral Chapel & Crematory, Inc., 35 Gotham Place, Red Lion, with Pastor Patricia Bollinger officiating. Visitation will be held from 10 a.m.- Noon prior to the service.
Born October 25, 1966 in York, Butch was a son of Phyllis (Fake) Fike of Dallastown and the late Walter J. Fike, Sr. He worked construction for many years and more recently in maintenance for Red Lion Area Senior High School. Butch was a member of Water's Edge United Methodist Church. Butch was a firefighter for 33 years for the New Bridgeville Memorial Fire Company in which he was a lifetime member and leaves a legacy of being one of the greats. He enjoyed hunting, but the thing he loved most was spending time with his family, especially his grandchildren. He was a man of great character who would do anything for anyone in need.
In addition to his wife and mother, Butch is survived by a son, Daniel Kling and his wife Katie; of Felton; a daughter, Jessica Minichino and her husband, Michael of Brogue; four grandchildren, Makayla, Alexis, Bentley, and Kadance; and a sister, Candy Dehoff and her husband, Ed of Red Lion.
Memorial contributions may be made to the New Bridgeville Memorial Fire Company, 2870 Furnace Road, Red Lion, PA 17356.
Send Condolences at BestLifeTributes.com
Published by York Daily Record on Jan. 8, 2017.
To plant trees in memory, please visit the Sympathy Store.
MEMORIAL EVENTS
Jan
12
Visitation
10:00a.m. - 12:00p.m.
PA
Jan
12
Celebration of Life
12:00p.m.
PA
Funeral services provided by:
Life Tributes by Olewiler & Heffner Funeral Chapel & Crematory, Inc.
MAKE A DONATION
MEMORIES & CONDOLENCES
Sponsored by InYork.com.
6 Entries
candy Dehoff
January 11, 2017
To the Family of Butch,
We are so sorry for your loss. Our thoughts and prayers are with all of you. May all your happy memories help comfort you during this difficult time.
Donnie Sr & Judy Herbst & Family
January 10, 2017
Darlene,
Our hearts and prayers are with you.

Jean Royel
Jean Royel
January 9, 2017
Candy, I am so sorry for your loss. Thoughts and prayers are with you now and in the days ahead.
Joan Bennett
January 8, 2017
As a friend, line officer and brother in the fire service Dave and I couldn't have asked for better. Butch you have left a huge whole in our hearts and lives. Who will I have peanut butter pie with while giving each other a hard time. Who will Dave laugh with while telling about the trouble you two got into on the fire scenes while all Darlene and I could do is worry while trying to do our own jobs on the same scene. Butch we miss you! Darlene we will be here for you always!
Colleen Gemmill
January 8, 2017
Sorry for your loss. Sending prayers for you and your family.
MARY Hite (Heiner)
January 8, 2017
Showing 1 - 6 of 6 results