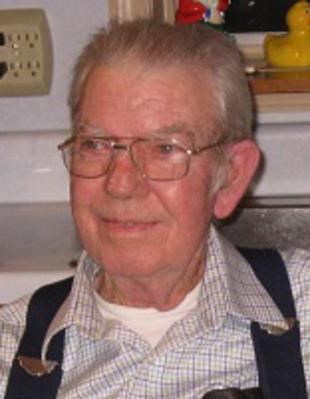 New Freedom - William U. Black, Sr., 82, of New Freedom, died Monday, November 11, 2019, at UPMC Memorial Hospital, York. He was the husband of Donna L. (Singer) Black, with whom hie would have celebrated a 63rd wedding anniversary on December 22nd..

Funeral services will be held at 11:00 am on Friday, November 15, 2019 at the Geiple Funeral Home, Inc. 53 Main Street, Glen Rock. A viewing will be held from 10:00 to 11:00 am Friday at the funeral home. Interment will be in Bethlehem Steltz Church Cemetery, Glen Rock.

William was born in Owings Mills, MD he was a son of the late Henry M. Black, Sr. and Almeda M. (Hengst) Black.

He retired in 1998 as an equipment operator for Lafarage North America and its predecessor Campbell's Stone Quarry in Timonium MD, following 41 years of employment.

He was a member of the NRA, the 2nd Amendment Foundation, AARP and the North American Hunting Club. He was a former member of Bethlehem Steltz Reformed Church.

He loved restoring and fixing lanterns and doing woodworking, making many wooden crafts. He also enjoyed hunting, fishing, cooking and spending time with his family.

In lieu of flowers, memorial contributions may be made to American Cancer Society, 314 Good Dr, Lancaster, PA 17603 or to the American Diabetes Association, 150 Monument Road, Suite 100, Bala Cynwyd, Pennsylvania, 19004.

Condolences may be shared at geiple.com


Published by York Daily Record from Nov. 12 to Nov. 13, 2019.
To plant trees in memory, please visit the Sympathy Store.
MEMORIAL EVENTS
Nov
15
Viewing
10:00a.m. - 11:00a.m.
Geiple Funeral Home
53 Main Street, Glen Rock, PA
Nov
15
Funeral service
11:00a.m.
Geiple Funeral Home
53 Main Street, Glen Rock, PA
Funeral services provided by:
Geiple Funeral Home
MAKE A DONATION
Please consider a donation as requested by the family.
MEMORIES & CONDOLENCES
Sponsored by InYork.com.
6 Entries
1 year has gone by and still can not believe you are gone my heart breaks thinking of you and missing you and doing the mountains . You are my hero . I LOVE YOU DAD
Sylvia Bisker
Family
November 11, 2020
Donna and family, sorry to hear about Bill. We were friends for a long time and he always had a smile for you. Glenn and Lucille Goodling
Glenn Goodling
November 19, 2019
Light your way I LOVE YOU
Sylvia Bisker
November 15, 2019
I LOVE you dad. Miss you so much it hurts. I know you are not in any pain anymore.

Best father any girl could have strong handed but you always knew the t
love was there.

Till we meet again dad. I LOVE YOU !!!!
Sylvia Bisker
November 15, 2019
Bill was one of my best playmates I had in the famous stretch of road of about a mile known as TOAD VALLEY. It was a great playground for approximately 50 kids. Sorry to see Bill pass on but he is in a better place.
Dick Stoner
November 13, 2019
Jeanie and family, so sorry to read about your Dad. He was a good neighbor when I was growing up in the hollow.
Sandy Sheffer
November 13, 2019
Showing 1 - 6 of 6 results