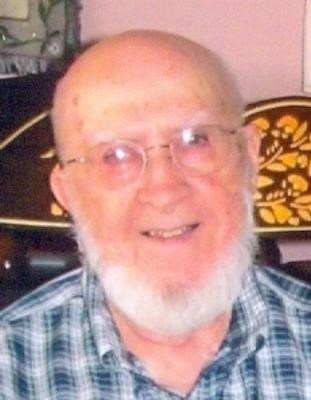 A celebration of life tribute service will be held at 11 a.m. on Friday, July 30, 2021 at Heffner Funeral Chapel & Crematory, Inc., 1551 Kenneth Rd., York. A viewing will be from 10-11 a.m. prior to the service. Burial will be in Prospect Hill Cemetery with Full Military Honors provided by the York County Veterans Honor Guard.

Born in York on July 27, 1922, he was a son of the late William and Alverta (Cramer) Nace. He was raised on a farm along Lewisberry Rd. near Dover. Growing up, Bill was the third from the oldest, having three sisters and seven brothers. As a young boy, Bill enjoyed going fishing and swimming in the Little Conewago Creek. Bill's first job was working on a neighboring farm after school. He also took night courses to learn a machinist trade.

In 1943, Bill was drafted into the Army, where he was sent to Ft. Hood, Texas for basic training. After boot camp, he was sent to England for additional training as a Jeep driver for reconnaissance missions, while waiting for the invasion to start. Three days after the invasion begun, Bill was deployed to Normandy Beach. He drove the lead Jeep during most of the missions. In 1945, Bill was awarded the bronze star for his acts of bravery and heroism. During the war, three of Bill's brothers also served in the Navy.

After Bill returned home from the war, he met his wife Ruth through a school friend. Ruth and Bill started dating and were married on December 28, 1946.

Bill held several different jobs after the war including working as a carpenter for Oscar Klinedinst and a machinist for McAnn Manufacturing and the Naval Ordnance Company in York. In 1980, Bill retired from the Aberdeen Proving Grounds in Maryland.

After retirement, Bill and Ruth moved back to York, near the corner of Roosevelt and Madison Avenues. Some of Bill's hobbies included bow hunting for deer and spring turkey hunting with a shotgun. Bill also enjoyed amateur photography, with his favorite subjects being nature and wildlife.

Bill is survived by two brothers, Robert Nace and his wife, Janice of York and Donald Nace and his companion, Bev of Dover; and several nieces and nephews. He was preceded in death by three sisters, Arlene Seiple, Anna Marlowe and Margaret Smith; and five brothers, Jesse, Charles, Earl, Harry and Richard Nace.