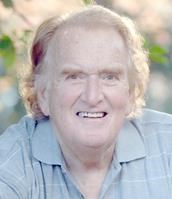 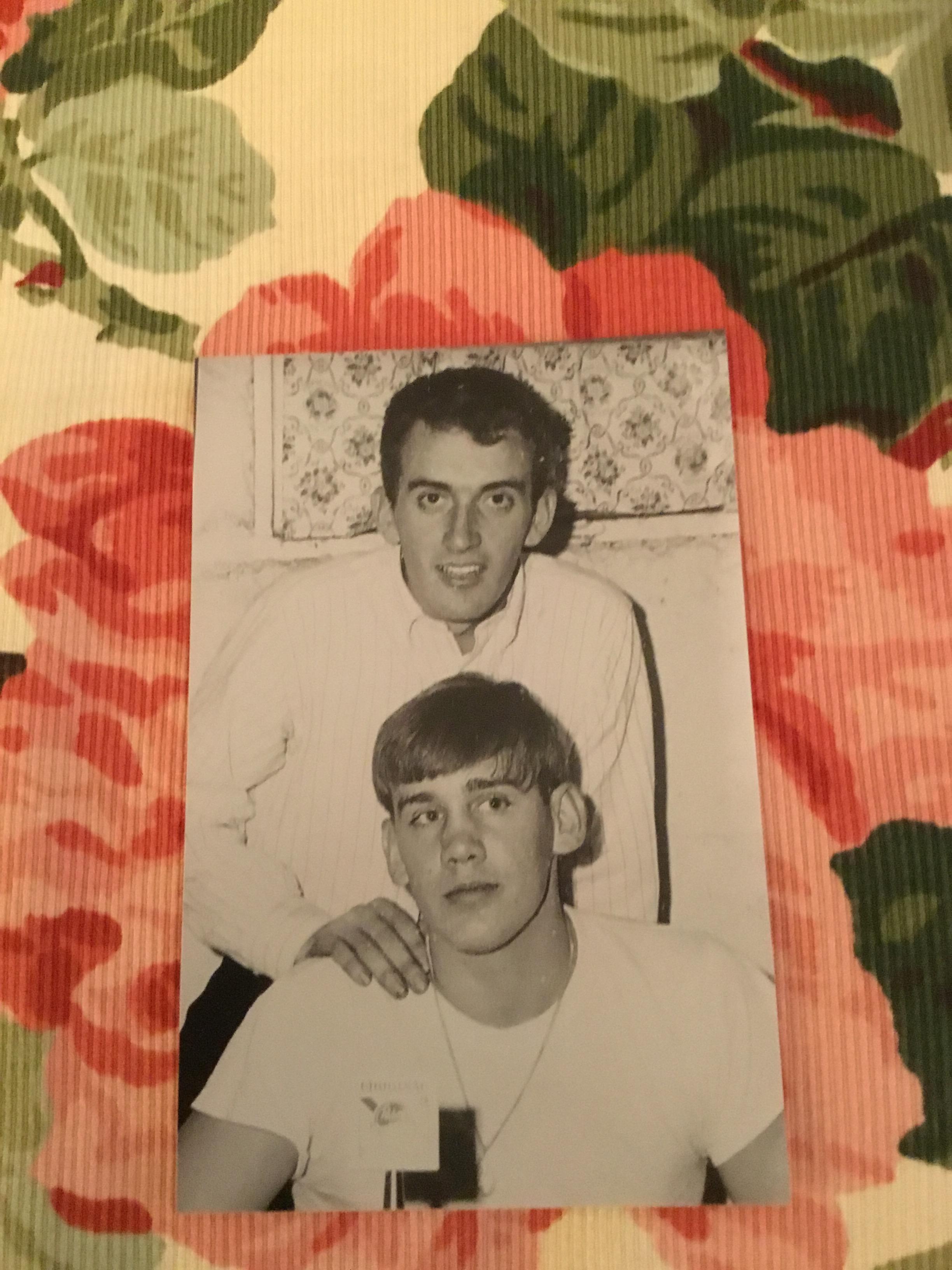 Joanne Kelly Gatewood
January 24, 2018
Carol, Sending you condolences and wishes for happy memories. Peace and blessings.
Kathleen Rauhauser
January 24, 2018
From families who enjoyed his photography talents.
Kimberly Bell
January 24, 2018
I just can't believe this!! Carol & Family, for many years you were a part of Our Family as we started with pictures every year with Natalie from the time she was six till she was 18... I'm glad we stopped by a few months back to see Bill, he will be missed, and my Deepest Sympathy & Prayers for You & Your Family, Bill will always be in Our Hearts!!!
Linda Metzger
January 24, 2018
Dear Carol and family,

Lynn Carroll called me this past weekend to let me know that my dear friend Bill had passed away. The Schlosser family was saddened to hear the news but we can rejoice in knowing that he is in heaven with his Lord and Savior Jesus Christ!
All one has to do to know Bill Schintz and the impact he left on so many people is to read the condolences that were expressed to the Schintz family.
One of the last memories that I have of Bill was his presence at the Del-Chord reunion concert in York. What a great evening!!!!! Bill was all over the stage taking pictures of our group with a creative genius mind and talent that only Bill Schintz was blessed to have.

Carol and I send our love to the family


1
Bill Schlosser
January 23, 2018
Carol, Annie, Kathy and Jimmy.
I have been blessed to have Bill and all of you in my life and so many good memories that go along with that special relationship. Many Christmas seasons working crazy hours at the studio, chasing basset hounds, taking pictures of a young Schintz family in Farquar park, watching Bill ride in the Sunbeam to jobs, helping with senior pictures, February birthday celebrations and Christmas parties, Halloween parades, mounting and spraying prints, training many new studio employees, watering flower boxes, viewing Bill's train displays, being forced to try new Chinese foods and so many photos representing each stage of my life. It was all worth it and helped make me the person I am. Think of how many people Bill touched in his own special way. You can be so proud that you have similar special memories of your husband and father to help you get through the days ahead. Think of all the beautiful pictures of heaven he'll take now! Love you all.
Staci Delp
January 23, 2018
Carol and family ❤
Very sorry to hear about your loss. Carol, I don't know if you know it but I knew Willie since I was eleven years old. We lived a block apart and our birthdays are one week apart. I remember the brownie camera he first purchased and that led to a career in photography. I was devastated to learn of his passing. You and your daughter will remain in our thoughts and prayers. Warmest Regards , Alex
Alex Ramos
January 23, 2018
Dear Kathleen and Ann,

We are very sorry about the loss of your beloved Father. May God Bless your family and help you all through this difficult time of adjustment and grieving. May God Bless his soul.
Sincerely,
The Gurany Family.
Veronica Gurany
January 23, 2018
Our condolences to Carol and family. Bill loved York and York Catholic High School. We remember him roaming the halls with his camera. Not many get to spend their lives supporting their family by getting paid to do their hobby. His legacy will live on through all the great photos he leaves behind. Rest In Peace Bill.
Michael Strong
January 23, 2018
To the families,

We were blessed to have Bill capture beautiful memories at our 2007 wedding.

With heartfelt sympathy,
Michele (Wiley) and Ron Sanders
January 23, 2018
Kathy & James,
So sorry to hear of your father's passing. Keeping him and your family in my thoughts and prayers.
God bless,
Marie Hersh
Marie Hersh
January 23, 2018
I met Bill in the 80's at Murray and Nancy Friedman's house, holiday parties at the Outdoor Country Club.He was a happy, funny guy that always told stories of people he met and the picture he shot.When he was taking your group picture he always say( are you happy now)?I never forget that.God Bless You Bil and your Family.
Orvin E. Reidel II
January 23, 2018
Carol and Family,
My prayers and condolences go out to you at this time. Bill was a talented photographer but even more than that he was a great Friend to me and an inspiration to many. May he rest in Peace.
Eric Glusco
January 23, 2018
Orvin E. Reidel II
January 23, 2018
Carol and family, because of Bill future generations will be able to appreciate family member photos as well as York and its rich history. We are sorry to learn of Bill's passing.
Brenda and Dan Neff
January 23, 2018
Dear Schintz Family,

I am so sorry to hear about the passing of Bill. My family grew up with Bill and my brother in law, Mike Helfrich were best friends. My thoughts and prayers are with you during this sad time. He was a wonderful person and photographer.


York Catholic High School, Class of 1983
Anne (Rose) Himes
January 23, 2018
MY FRIEND, BILL SCHINTZ
I once read that a person could count their true friends on one hand. But if you were lucky, you only needed one friend like Bill Schintz.
I can't remember Bill ever speaking bad about anyone, he seemed to see the good in everyone and everything. I think this is what made him such a great photographer. He didn't just take a picture of a person, he captured their soul.
Bill once told me he wasn't very popular in school. He said; I wasn't an athlete, I had red hair, my father was a cop, and I was a, fish eater, so I joined the camera club.
Bill was a champion for York. He was often quietly behind the scene in many York projects and many times volunteered his friends to help. He once called me to help with something that had to be done yesterday. He told me Willard Scott was coming to York to do the weather for national television and he wanted to make the worlds largest doughnut-hole greeting card and needed me to design and make a system to display three 4 x 8 sheets of plywood covered with doughnut-holes depicting York's skyline. Of course, I had no idea of what I was doing, and I had nightmares about the large, heavy sign collapsing on Willard Scott on national TV, but it all worked out and I am glad now that he included me. I am so sorry he will no longer be around to get me involved in these ventures, he thought I could do anything and that made me feel special. He always thought I was a better man than I thought I was, I am going to miss him.
Bill, and Carol supported York in so many ways that most do not realize. He will be greatly missed. Rest in peace William, and may God bless the Schintz family in this time of adjustment.
Robert Hollinger
January 23, 2018
Truly one of a kind, and one of my favorite downtown "characters". His presense will be missed.

KarenK
Karen K
January 23, 2018
So sorry for your wonderful family. He was a one of a kind person! So sad! My prayers are with you!
Mary Anne Tillotson
January 23, 2018
So many fond memories of you all while growing up in York - babysitting, graduation/engagement/wedding pictures. I'm so sorry to hear this news. Sending love to you all. ❤
Suzanne
Suzanne Hamberger
January 22, 2018
Dear Carol and family . . . Our hearts are heavy over the passing of a wonderful, warm and gifted friend. It was special to see you both several times during the Christmas season, and passing your beautifully decorated home was always a highlight for us. We played his Christmas DVD on Christmas morning and we will treasure it. He was the best.
Please know that you are in our hearts and our continued prayers that you will feel the comfort and peace of God through these days of adjustment and always. We love you . . .
Ron and Diane (King) Susek
Ron and Diane (King) Susek
January 22, 2018
Although i will always remember his wonderful storytelling ability with his photos, I also remember what a nice person he was! Truly a gent! Godspeed, Bill...and thanks for my family photo memories, which I will forever treasure
Missy Rizzo Badovinac
Friend
January 22, 2018
Showing 1 - 33 of 33 results