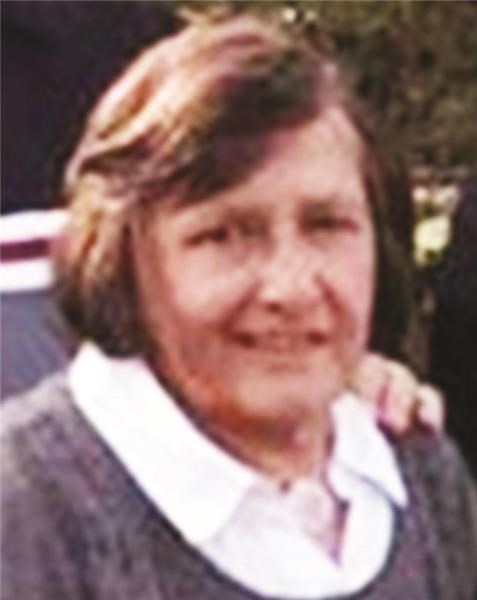 BORN
1954
DIED
2021
FUNERAL HOME
Apfel Funeral Home - Grand Island
1123 W 2nd Street
Grand Island, NE
Deb Homolka 66, of Henderson, went to her heavenly home on Sept. 9, 2021, while at the Henderson Hospital surrounded by her family. A celebration of Deb's life will be at 2 p.m. Wednesday, Sept. 15, 2021, at Apfel Funeral Home. The Reverend Tim Rust will officiate. Burial will follow at Westlawn Memorial Park Cemetery. Visitation will be Tuesday evening from 4-7 p.m. for everyone to come and share stories of how Deb touched their lives with the family at the funeral home. Memorials are suggested to the family for later designation. Online condolences may be directed to www.apfelfuneralhome.com.
Deb was born Sept. 28, 1954, in Grand Island to Theodore and Ruby (Carruth) Gilbert. She grew up in Grand Island attending Northwest High School, later receiving her GED. Deb met Tony Homolka while she was in the hospital, Tony was there to meet a blind date who happened to be her best friend at the time. It was love at first sight, and two years later they were married on July 27, 1971. Deb and Tony had the kind of love people dream about, love that can stand the test of time and they celebrated their 50th wedding anniversary this past July. Deb worked at Leon Plastics, McCain's, Great Plains Material Handling, Torsen, and even her own house cleaning business. They have sons Tony Jr. and Travis. The couple lived in Grand Island; Larned, Kan. and most recently, Henderson.
Playing cards, whether it was pitch, Uno, or spoons, was one of her ways of getting everyone together. Her oldest grandson and her would race to finish each Harry Potter novel as they were released and spend hours talking about the books together. Learning and teaching to cook was her passion; she shared recipes and wisdom with her grandchildren and anyone who wanted to learn. Her joy in cooking was infectious; her sister-in-law picked up her love of cake decorating after learning from Deb. She loved to shop; one of her favorite coupon stories was the day Skagway had to pay her a penny for each pack of hotdogs she bought. She was involved in the Society for Creative Anachronisms with her two boys. Known as Mama MacGregor, she was loved by all of Calontir.
Deb was kind to all those around her. She would take friends of friends under her wing, providing them with food and entertainment whenever they visited. Deb loved sharing in all her children and grandchildren's quirky hobbies and interesting adventures. Anything that brought joy to the lives of others brought joy to her. Deb worried about others first, even when she herself was sick or having a hard time.
Deb is survived by her husband, Tony; sons, Tony, Jr. and Travis (Pam) all from Henderson; grandchildren, Maverick of Utah, Sable (Timm) McLaughlin of Hastings, Devin, Ana, Devin (a different one), John, Chance, Sean and Alice all of Henderson; great-grandchildren, Kaitlynn, Connor and Annabella McLaughlin of Hastings; brother, Rick (Beverly) of Boelus; sister, Cindy (Paul) Arndt of Alda; father-in-law, Richard Homolka; brothers-in-law: Richard (Sandi), Dean (Patty) of Grand Island, Russ and friend Dena of Farwell; sisters-in-law, Betty Roebuck of St. Paul, Ann (Terry) Schleicher of Grand Island, her dear Carrie and numerous nieces and nephews.
Deb was preceded in death by her parents; mother-in-law, Betty Homolka; sister-in-law, Susan; grandsons, Nathaniel and Lucas; granddaughter, Mia and great-granddaughter, Baby McLaughlin.
Published by York News-Times from Sep. 13 to Sep. 14, 2021.
To plant trees in memory, please visit the Sympathy Store.
MEMORIAL EVENTS
Sep
14
Visitation
4:00p.m. - 7:00p.m.
Apfel Funeral Home - Grand Island
1123 W 2nd Street, Grand Island, NE
Sep
14
Visitation
4:00p.m. - 7:00p.m.
Apfel Funeral Home - Grand Island
1123 West 2nd, Grand Island, NE
Sep
15
Service
2:00p.m.
Apfel Funeral Home - Grand Island
1123 West 2nd, Grand Island, NE
Sep
15
Funeral service
2:00p.m.
Apfel Funeral Home - Grand Island
1123 W 2nd Street, Grand Island, NE
Funeral services provided by:
Apfel Funeral Home - Grand Island
MAKE A DONATION
MEMORIES & CONDOLENCES
Sponsored by Apfel Funeral Home - Grand Island.
1 Entry
Sorry we can't be there with you and as the days and weeks pass, and as you return to life's routine, may you continue to feel comforted by the love and support of family and friends.
Uncle Dean & Aunt Dodie
Family
September 12, 2021
Showing 1 - 1 of 1 results