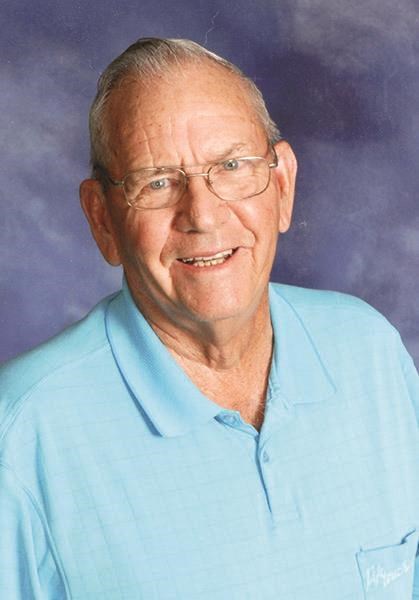 ?He was born October 7, 1937 in rural McCool Jct to James and Mildred (Steube) McGowan. Lawrence served his country in the Army National Guard. A longtime member of St Joseph Catholic Church in York, he was also a member of the American Legion Ronald Porter Post, enjoyed playing cards, especially pitch, traveling, and all things farm related.
On August 18, 1962 he was married to Mary Jo Heser at York, NE.

He was preceded in death by his parents, wife, sisters Barbara Songster, Loretta Teinert, and infant sister Theresa Ann.

Mass of Christian Burial will be held at 10:00 a.m., Friday, February 26, 2021 at St Joseph Catholic Church in York with the Reverend Father John Sullivan officiating. Inurnment with military honors will be held in St Joseph Catholic Cemetery east of York. A Rosary service will be said at 7:00 p.m., Thursday at the mortuary in York, with his family greeting friends following the Rosary. Memorials can be directed to his family for later designation. Lawrence's service will be webcast live on Metz Mortuary's Facebook Page.

COVID 19 Funeral Guidelines will be implemented with masks required.
To plant trees in memory, please visit our Sympathy Store.
Published by York News-Times from Feb. 22 to Feb. 23, 2021.
MEMORIAL EVENTS
No memorial events are currently scheduled.
To offer your sympathy during this difficult time, you can now have memorial trees planted in a National Forest in memory of your loved one.
GUEST BOOK
1 Entry
Dear McGowan family, We are so sorry to hear of your dear dad´s passing. What a beautiful legacy of family and friends. Cherish his memories. For all.
Ken and Mary Beth Kunze
February 23, 2021