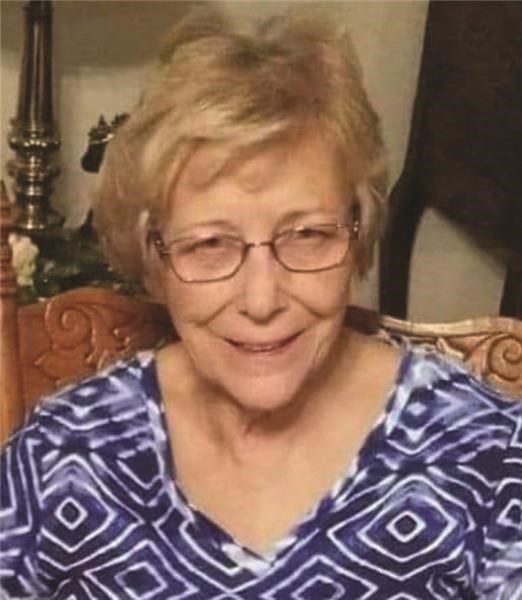 BORN
September 6, 1940
DIED
February 18, 2021
Lola Jean Schall, age 80 of York, died Thursday, Feb. 18, 2021 in Lincoln.
Lola Jean (Triska) Schall was born on Sept. 6, 1940 in Pawnee City to Arthur and Amelia "Mollie" (Eichenberger) Triska. She attended school at Pawnee City High School. After graduation, she went to Peru State College for two years and then earned her Bachelor of Arts degree in Home Economics from the University of Nebraska-Lincoln. In January 1962, she started teaching Home Economics at York Public schools. On June 13, 1964 she was united in marriage to Edward Dean Schall at the United Methodist Church in Pawnee City. Together they had two daughters, SueAnn and Michelle. In 1968 Lola started teaching sewing classes and selling fabric in their home in York. They moved to the country in 1970 where she continued to teach classes and have a fabric store. In 1972 they opened Countryside Fabrics in downtown York and had that business for 37 years. They expanded from sewing classes and fabric to custom draperies, Bernina sewing machines and quilting. During those years she received numerous small business and leadership awards, including the Sam Walton Business Leader's award and Bernina dealer of the year. She was a Red Coat Ambassador for the York Chamber of Commerce. She was an Elder, Deacon, Chairman of the Stewardship Committee and sat on the Session for numerous years at the First Presbyterian Church of York. She was an Officer and organizer of the Czech Club of York. She was a member of P.E.O. and was a leader and member of many other State and local organizations.
Family was one of the most important things to her. She and Ed loved spending time with their kids, grandchildren and a host of friends both near and far. She loved to travel and was able to visit all 50 states. During those trips they enjoyed stopping into antique shops and fabric stores. She was an avid Husker football fan and loved attending the home games and took in several away games with friends and family.
She is survived by her husband, Edward D. Schall of York; daughters, SueAnn Marie Vice of Lincoln and Michelle Rene' (Scott) Boden of Lincoln; grandchildren include Shaylee Vice, Davianne Vice, Conner Boden, Emily Boden, Katelynn Boden all of Lincoln, Kolbi (Vice) Marxen of Muscatine, Iowa and Miranda (Vice) Stauffer of Moscow, Iowa; great-grandchild, Alivia Jo Vice of Lincoln and special family friends, Michael Lewis, Joe Strilkivsky, and J. Lyons.
She was preceded in death by her parents, Arthur and Amelia "Mollie" Triska; mother and father-in-law, Harold and Helen Schall; grandson, Charles "Charlie" Edward Boden and son-in-law, David Vice.
Funeral services are scheduled for 10 a.m. Wednesday, Feb. 24, 2021 at the First Presbyterian Church in York with the Reverend Dr. Michael Eickhoff officiating. Burial will be in York's Greenwood Cemetery. Visitation will be from 1 - 8 p.m., Monday and then from 9 a.m. - 4 p.m. Tuesday. Lola's family will then greet friends from 6 - 8 p.m., Tuesday night at the mortuary. Memorials may be directed to the Alzheimer's Association or the First Presbyterian Church in York. Lola's service will be live streamed on Metz Mortuary's Facebook page. COVID-19 Funeral Guidelines will be implemented with masks required. Online condolences may be directed to her family at www.metzmortuary.com. Metz Mortuary in York is handling arrangements.
To plant trees in memory, please visit our Sympathy Store.
Published by York News-Times from Feb. 19 to Feb. 20, 2021.
MEMORIAL EVENTS
No memorial events are currently scheduled.
To offer your sympathy during this difficult time, you can now have memorial trees planted in a National Forest in memory of your loved one.
GUEST BOOK
4 Entries
Miss Triska (later Mrs. Schall0 was my home ec teacher for sewing. She was a stickler for getting things done right, and a great teacher. Also, she lived for a time as a border at my grandmother's boarding house. Prayers for the family.
Vicky Wiemer Tracy
February 24, 2021
Saddened to hear of Lola's passing. Ed, my thoughts and prayers are with you and your family!
Ike Bartels
February 22, 2021
I have very fond memories of Lola. I was in high school and would go shopping in York with my mom Rosemary and we would love going into Countryside fabrics. Lola was always so helpful and considerate and kind. I also remember going skiing with both if them in the 70s along with my brother Richard and wife. So many laughs.
Kimberly (Luethje) Potter
February 21, 2021
Ed and Family you have our deepest sympathy. We are praying for comfort during this time of sorrow.
Ray and Amy Rison
February 19, 2021