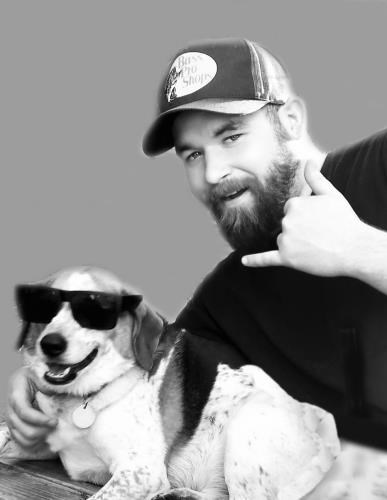 Casey Thomas Alexander, 27, passed away on Saturday, October 9, 2021, surrounded by family and friends after a short illness in hospice in Prescott, AZ.

Casey was born in Yuma, AZ on June 22, 1994. He had many friends, both in Yuma and Prescott. He attended grade school in Yuma and graduated from Yuma Catholic High School in 2013.

Casey moved to Prescott after high school where he worked in the restaurant industry. His hobbies included playing basketball and working out, playing corn hole and beer pong with his many friends. He enjoyed making people laugh with his online posts, where he had over 4000 followers. He loved his dogs, Ellie, and Molly, and they will miss him dearly.

Rosary and Funeral Mass will be at Sacred Heart Catholic Church on Saturday, October 30, 2021, beginning with a Rosary/Mass at 12:30 p.m., with a celebration of life/meal at Yavapai Hills Club House.

The family wants to thank all the doctors and nurses at Yavapai Regional Medical Center, especially Dr. Parsons, and Nurse Brianna, also Marley House Hospice in Prescott for their support, love, and care for Casey during his illness.