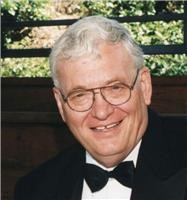 Leo was a "Criminal" at Yuma High, where he wrestled, practiced his trumpet skills, and picked melons in the summer heat. After graduating, he attended the University of Arizona, earning both his undergraduate and law degrees there. During those years in Tucson, he earned his letterman's jacket for wrestling, played in a band for Barry Goldwater, and sold Fuller Brush products door-to-door…already a man of diverse talents!

Leo began practicing law in Phoenix after law school. He was voted into the Arizona State Senate when he was only 33. He subsequently served as President of the Senate, and ran for governor as the Republican candidate in 1982.

Leo was blessed with a life-saving heart transplant in 2001, facilitated by Dr. Jack Copeland. Not long after that miracle, Leo became an avid transplant advocate, raising money and awareness for that important cause.

Leo loved Arizona, all-things-Sigma Chi, country music, the Oregon Coast, poker, driving to really small towns (where he somehow knew half the population), visiting with people, telling jokes (laughing before he got to his own punchline), dancing, and any game involving a ball (especially baseball). He was also the undisputed best harmonica player in the family.

He recently was honored as a "Significant Sig," a distinction that thrilled him, coming from the fraternity he loved so much.

Leo's "did-he-really-just-say-that?" sense of humor will be greatly missed by all who knew and loved him, as will his inclination to help people-including strangers-at the drop of a hat.

The services to honor a big and rich life will be held at 1:00 pm on Friday, January 10, at The Beatitudes Church, located at 555 W. Glendale Avenue in Phoenix.

In lieu of flowers, gifts in memory of this one-of-a-kind man can be made to the Transplant Community Alliance, Transplantaz.org, or send a memorial gift to P.O. Box 36122, Phoenix, AZ, 85067.
Published by Yuma Sun on Jan. 5, 2020.
To plant trees in memory, please visit the Sympathy Store.
MEMORIAL EVENTS
Jan
10
Service
1:00p.m.
The Beatitudes Church
555 W. Glendale Avenue, Phoenix, AZ
MAKE A DONATION
MEMORIES & CONDOLENCES
4 Entries
My Condolences to the Corbet family on your loss.May God comfort you during this difficult time.
January 5, 2020
My condolences are extended as you mourn the loss of your dear loved one. May you find comfort and strength to cope during this trying time. (Psalm 90:10)
January 4, 2020
Leo and I met on the campaign trail in 1982 when he was campaigning for governor and I was campaigning for the Arizona House.
We later became great friend when he was elected to the Senate.
Great sense of humor and am proud to have been a friend and an honor to have served with him in the Arizona legislature.
May God give Leo's family the peace to say good bye!
Henry and Karol Evans
La Jolla CA
jhankevans @gmail.com
January 4, 2020
Leo loved Arizona, and Arizona loved Leo.
Vaya con Dios mi amigo.......................
posey moore nash
January 4, 2020
Showing 1 - 4 of 4 results