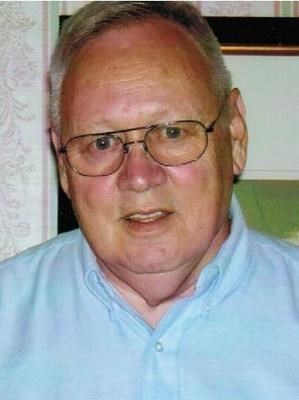 CAMBRIDGE: Daryl Jay Morgan, 70, of Cambridge, passed away Friday October 18, 2013 at his residence.

Daryl was born June 6, 1943 in New Lexington, the son of the late Dwight C. and Mary E. Morgan. He was an avid golfer, Buckeyes fan and Red Sox fan and he served his country in the US Navy where he received the National Defense Metal.

In keeping with Daryl's wishes his body will be cremated and no services observed.

The Farus Funeral Home of New Concord is assisting the Morgan Family.

Published by Times Recorder from Oct. 20 to Oct. 23, 2013.
To plant trees in memory, please visit the Sympathy Store.
MEMORIAL EVENTS
To offer your sympathy during this difficult time, you can now have memorial trees planted in a National Forest in memory of your loved one.
MAKE A DONATION
MEMORIES & CONDOLENCES
7 Entries
I am so sorry for your loss.
Heidi (Conkle) Collins
October 21, 2013
Will miss my little brother, love him so much. Your sister Barbie. Grewell. ..
Barbie Grewell
October 21, 2013
Jane and family so sorry about uncle
Daryl he is loved and will be very missed love u all chuck and carol
October 21, 2013
RIP uncle Daryl you will be miss. Love you uncle Daryl
Jamie Cole
October 21, 2013
So sorry for the lost of my uncle Daryl you will be miss but never forgotten we all love you uncle Daryl
Jamie Cole
October 21, 2013
RIP Uncle Daryl. I will be rooting for your Red Sox to win the world series. I know you will be pulling for them from Heaven. Love, Dixie
October 20, 2013
Carol,so sorry for the loss of your brother.My condolences to the family.
Patsy Stockdale
October 20, 2013
Showing 1 - 7 of 7 results