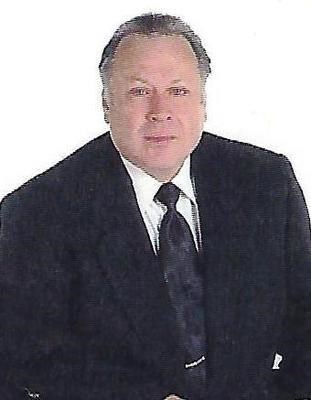 Houston, Texas - Rex Cyril Sagle was born in Roseville, Ohio, to Bonna Louise Owens Sagle and Thomas R. Sagle on December 3, 1937. Rex went to be with our Lord and Savior on February 15, 2018, in Houston, Texas, following complications during a surgical procedure. Rex gew up in Roseville and had a typically small town wonderful childhood with his buddies George Spring, Johnny Hina, Myron Mautz and Frank Ransbottom. While listening to a radio program he fell in love with the tuba and told his teacher the next day. That tuba became a constant companion and Rex excelled in local and state music educator contests leading him to be accepted as the youngest member ever to this day to be accepted by the United States Air Force Band and was assigned to Wright Patterson Air Force Base later moving on to membership in the USAF Ceremonial Band in Washington, D.C. Always aspiring to improve Rex studied with very famous tubists Bill Bell, William Lewin, and Dr. Harvey Phillips to became good friends with each one of them.

Upon receiving an Honorable Discharge he worked in the transportation industry for many years and retired as a member of the International Brotherhood of Teamsters Local 988 in Houston, Texas. Retired? No, not Rex for he continued into an additional career through education and training and began concentrating his efforts in the Law Enforcement and specialty security industry graduating from the elite FLETC (Federal Law Enforcement Training Center) Driver-Instructors Course and teaching with Texas A & M University Anti-Kidnapping Anti-Terrorist Program, US Department of State Dignitary Protection System, and numerous law enforcement agencies throughout Texas and New Mexico. Always conscious of the need for officer safety Rex worked diligently with the California Highway Patrol and became a legend for his service to the CHP (California Highway Patrol) receiving an honorary commission . He continued his efforts by attending Michigan State Police Car Tests evaluations and through discussions with Detroit engineers influenced some improvements in vehicles offered to the law enforcement community.

His love for music was rejuvenated when his good friend, later his wife, took him to her old high school, borrowed a tuba in the music hall sat in a practice room and played for her. He was in love again and from then on the tuba was his companion. In between the systematic frenzy of executive protection classes, pursuit driving and instinctive firearms training he joined concert bands in the Houston Texas area finally finding the one he enjoyed most, the Gulf Coast Concert Band, playing with them for many years. Rex was the featured soloist with concert bands in Ohio and Texas and played with the National Community Band.

His passion for life would not be complete without including the additional love he had for his family and his dogs. Rex had an enormous rapport with animals and never met a dog that he couldn't get along with. He had a light playful way of dealing with dogs that led them to trust him and know that he would never harm them. His love of making people laugh by sharing a good joke, his drive for excellence and the efforts to improve the job safety through driving equipment and training for the law enforcement community and his interest in sharing his music contributed to his many friendships worldwide. He cared for the underdog and commonly called on his second effort to perform needed tasks.

We send you on your way. Rex with great memories and our prayers for a warm greeting from our Lord and Savior.

He leaves his daughter, Candace Hodges, his wife, Lucile Guin, two grandchildren Austin Loomis and Emily Loomis, cousins Sally Ireland and Tom Morgan along with other relatives and numerous friendships. And we won't forget his loving and loyal four-legged sweet dog, Jinger. Funeral Services will be held at 1:00pm Thursday February 22, 2018 at Ross-Frash Funeral Home, 33 Main Street, Roseville, with Pastor Al Laese officiating. Friends and family may call from 12:00 pm until time of service. Burial will follow in Rose Hill Cemetery, Roseville. You may sign the online register book or send a note of condolence at www.ross-frashfuneralhomes.com