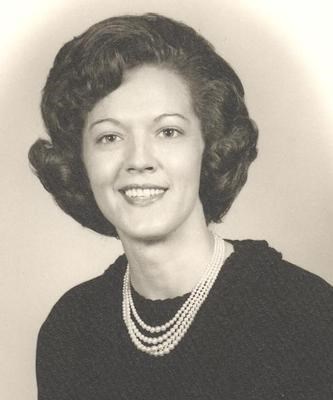 ZANESVILLE: Shirley Yvonne Huddleston, 77, of Zanesville, died at 6:36 P.M. on Tuesday, November 19, 2013, at Adams Lane Care Center. She was born January 2, 1936, in Roseville, a daughter of the late Fred and Alta Fluharty Savage. She retired from Harts Department Store after 25 years, was a member of American Legion Post 29 Ladies Auxiliary, and attended Church of the Nazarene in Roseville.

Surviving are a son Glen S. Huddleston of Zanesville; a sister Evelyn Dement of Roseville; and a brother Forest "Wort" Savage of Roseville.

In addition to her parents, she was preceded in death by her beloved husband Glen S. Huddleston, whom she married October 7, 1961, and who died January 1, 2013; two sisters, Susie Davis and Linda Neff; and two brothers, Wayne and David "Runt" Savage.

Friends and family may call from 5:00-7:00 P.M. on Friday, November 22, 2013, at the BOLIN-DIERKES FUNERAL HOME, 1271 BLUE AVENUE, ZANESVILLE, where funeral services will be held at 1:00 P.M. on Saturday, November 23, 2013, with Chaplain Tim Patton officiating. She will be laid to rest at Zanesville Memorial Park Cemetery, Zanesville, beside her husband Glen.

To send a note of condolence, order flowers or comfort food, or to follow us on Facebook: www.bolin-dierkesfuneralhome.com or call our professional staff at (740)452-4551.

Published by Times Recorder on Nov. 21, 2013.
To plant trees in memory, please visit the Sympathy Store.
MEMORIAL EVENTS
To offer your sympathy during this difficult time, you can now have memorial trees planted in a National Forest in memory of your loved one.
Funeral services provided by:
Bolin-Dierkes Funeral Home
MAKE A DONATION
MEMORIES & CONDOLENCES
2 Entries
Glen, I was so sorry to hear about your Mother. My prayers are with you.
Paula Peterman
November 23, 2013
Glen,So Sorry to hear about the Lose of your Mother, My Thoughts and Prayers are with You and Your Family. JOEY
joey hill
November 21, 2013
Showing 1 - 2 of 2 results