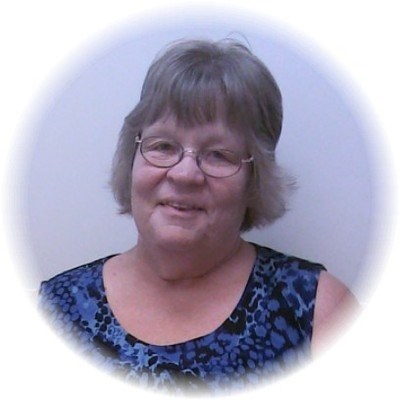 ZANESVILLE: Susan Elaine Harper of Zanesville, passed away late afternoon on Thursday, October 10, 2013 at her home.

She was born on February 10, 1953 in Crooksville, the daughter of Joyce Knerr Bash of Zanesville and the late Robert Bash, Sr.

Susan was a devout member of the First Baptist Church in Zanesville.

In addition to her father, Susan is preceded in death by her brother, Richard Bash and brother-in-law, Chuck Boggs.

Following cremation, family and friends will be received at 4:30 PM, Tuesday, October 15, 2013 at the First Baptist Church, 105 N. 6th St., Zanesville. Memorial services and a celebration of Susan's life will be held at 5:30 PM, Tuesday at the church with Pastor Joe Seese officiating.

You may read the obituary, sign the Online Register Book (Memory Wall) and share a special memory with the family at www.goebelfuneralhome.com

GOEBEL FUNERAL HOME in Crooksville is caring for the Susan's family.

Published by Times Recorder on Oct. 12, 2013.
To plant trees in memory, please visit the Sympathy Store.
MEMORIAL EVENTS
To offer your sympathy during this difficult time, you can now have memorial trees planted in a National Forest in memory of your loved one.
Funeral services provided by:
Goebel Funeral Home
MAKE A DONATION
MEMORIES & CONDOLENCES
11 Entries
Sorry for your loss. You are in my thoughts and prayers. Karen I am here if you need to talk.. God Bless...
Bonnie (Hampton) Gatwood
October 22, 2013
My prayers are with the family n this time of need.susie was a good neighbor and family friend always remembed her giving us candy n.cookies as a kid she will b missed
ashley picone
October 16, 2013
thoughts and prays for family
shelly van west/Kronenbitter
October 15, 2013
sorry to hear that such a great person has went on to a better place . Will miss here deeply!!!
shelly van west /kronenbitter
October 15, 2013
So sorry for your loss Angie, Amy and Travis
October 14, 2013
She will truly be missed!
October 14, 2013
So sorry for your loss. She was a great neighbor.
Valerie Blackburn
October 13, 2013
To the children and grandchildren of Susan, I'm sorry for your loss.
Debbie Harper Allen
October 12, 2013
To the children and grandchildren of Susan, I'm so sorry for your loss.
Debbie Harper Allen
October 12, 2013
Sorry about your loss. Susan was a great person. Rest in peace Susan.
Debbie(Densmore) Nash
October 12, 2013
SO sorry for the loss of Susan she was a sweet kind friend to me and my sister. Prayer be with the family
Karen (Rupe) Wiggins
October 12, 2013
Showing 1 - 11 of 11 results