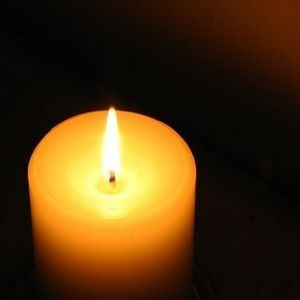 By COLLEEN LONG, Associated Press Writer NEW YORK A son of former ABC News anchor Ted Koppel was found dead in an apartment after a day of bar hopping with a man he'd just met, a law enforcement official said Tuesday. A drunken Andrew Koppel, 40, had been placed in a back bedroom of the Manhattan apartment to sleep it off and apparently had been dead at least four hours before anyone realized, said Belinda Caban, who lives in the apartment. He was declared dead around 1:30 a.m. Monday, New York Police Department Detective John Sweeney said. The cause of his death hadn't been determined, but there was no evidence indicating a crime, police said. Ted Koppel is the former longtime anchor of the ABC News show "Nightline." Andrew Koppel was one of his four children. Ted Koppel and his wife, Grace Anne Dorney Koppel, issued a brief statement through a representative Tuesday: "Our son, Andrew, was a brilliant, caring man, whose loss we will mourn for the rest of our lives." Mayor Michael Bloomberg, an acquaintance of Ted Koppel, on Tuesday offered his condolences to the family. "It's very sad," Bloomberg said. "I know Ted casually, and I don't know how anybody deals with losing a child." Andrew Koppel, who lived in Queens, had been drinking heavily during the day with Russell Wimberly, whom he met at a bar, the law enforcement official said. The official spoke to The Associated Press on condition of anonymity because the investigation into the death wasn't completed. Koppel started drinking at Smith's Bar and Restaurant in Manhattan and went to several other locations with Wimberly, the official said, before winding up at the Washington Heights neighborhood apartment owned by Caban, Wimberly's friend. Caban said Tuesday that she had never seen Koppel before and didn't realize he was related to the news anchor, who left the network in 2005. She said Wimberly arrived at her apartment holding up Koppel, who was visibly drunk. "I told him to sit him down, and he was flopped down in the chair. He kept flopping on my chair," she said. "I said, 'Bring him to the room. Let him wear it off. Let him go into the room and lay down and wear it off.'" Caban said she and Wimberly spoke for hours and he went in to check on Koppel and said he was snoring and had a pulse. After six hours, she told Wimberly it was time to go and for him to take Koppel home. She said when they went to the bedroom to rouse Koppel, he wasn't moving. "He went to pick him up and he flopped down, and I said something is wrong with him," she said. "Tried to sit him up. He was pale. I said, 'This man is dead. Something is wrong with him. This man must be dead.'" She said they called 911 and emergency workers estimated Koppel had been dead about four hours. "I'm just so sorry," Caban said. "I'm so sorry he died in my house." Phone calls to numbers listed for Wimberly rang unanswered Tuesday. Caban said she didn't know what he had to drink. Wimberly told the New York Post that Koppel drank whiskey and that neither man had anything to eat all day. He said they drank into the night. "He had a straw hat on, and I had one on, and he said, 'Nice hat, man,'" Wimberly told the newspaper. "We got to talking, and he started buying me drinks." Koppel was appointed attorney for the city Housing Authority's civil litigation division in 2001 and resigned the post in 2008, the agency said Tuesday. In 1994, while a student at Georgetown Law School, he was convicted of misdemeanor assault for striking a U.S. Senate aide during an argument at a Capitol Hill cash machine. An autopsy was performed Monday, but results were pending further study, including toxicology and tissue testing, medical examiner's office spokeswoman Ellen Borakove said. Additional tests were needed to determine the manner and cause of death, and they will take a few weeks to complete. Ted Koppel left ABC for the Discovery Channel, where he was managing editor until resigning in 2008. He now is a senior news analyst for National Public Radio and BBC America. ___ Associated Press writers Sara Kugler Frazier and Ula Ilnytzky, AP video journalist Ted Shaffrey and AP researchers Julie Reed and Jennifer Farrar contributed to this report.