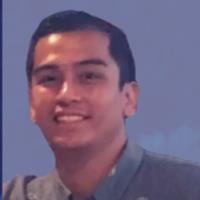 Angelo Quinto passed away on Saturday, December 26th at the age of 30. He is reunited with his cousin, his uncle, and some of his dear friends in heaven. Angelo was born in the Philippines, but moved to the United States (U.S.) in middle school. He graduated from Berkeley High School in 2008, and proceeded to attend Berkeley City College. He spent a year living in Houston, Texas before moving back to the Bay Area.

His creativity, humor, and drive will be missed greatly by his family and friends. He leaves behind his mother, Cassandra, his stepfather, Robert, his two younger siblings, Andrei and Isabella, and his close cousin, Miguel. As well, he is further survived by other close relatives and friends, who will remember his great ambition, his abundance of grand ideas and many talents, and his constant strive for happiness and success. The animals in his life, Clethorp, Toto, and Oliver, will never forget the love, care, and generosity he shared with them. He enjoyed fishing, drawing, creating, strategizing, cooking, and spending time with those he cared for.

He dreamt of having a career in the U.S. Navy, and worked long and hard to achieve that dream. In training, he took on a valuable leadership role and proved his bravery, as well as all the wonderful things he was capable of. Although honorably discharged for medical reasons, he tried to remain positive, and assured everyone that the Navy was not a closed chapter in his life. In the next months––and as a growing pandemic was to beset the world––he decided his next move was to explore another big dream of his. He worked tirelessly until his passing to start a career in online gaming. A true testament to his ambition, faith, and strength, he was driven to achieve his goal and value the journey to that achievement, as well as hopefully even venture into the world of video game design.

Visitation will be held on Wednesday, January 13, 2021 from 10:00am to 11:30am at the Pittsburg Funeral Chapel. Streaming available at: https://youtu.be/rHzdkgUSvPg

Funeral liturgy will follow at Church of the Good Shepherd outdoor in the Garden at 12:00pm. Streaming available at: https://youtu.be/iXXFahv-v7w

He was a great friend. We talked about many things that he wanted to do in the future. Although I never met him in person. His kindness not only reached me but many other people in this world such as some of the many people he used to play games with such as "Bliss" "Jester" "B0SSB" "Beigl" and many others. Always kind and always patient.

May the love of friends and family carry you through your grief. God shall keep you all in his loving embrace and will watch over you during this difficult time

My deep condolences to the family. We will do all we can to help and ensure that his legacy is one that helps many. Much love, Rest In Peace and Power King❤

Sending love every day from my family to yours.

It is a difficult time right now but I wish the best for the friends and family of Angelo. I’m sure Angelo is now watching over you with much love. RIP Angelo, you are missed.

May your hearts soon be filled with wonderful memories of joyful times together as you celebrate Angelos life. I know he will be shinning down and watching over his family. Rest In Peace Angelo.

Never miss an update about Angelo. Sign up today.

Church Of The Good Shepherd